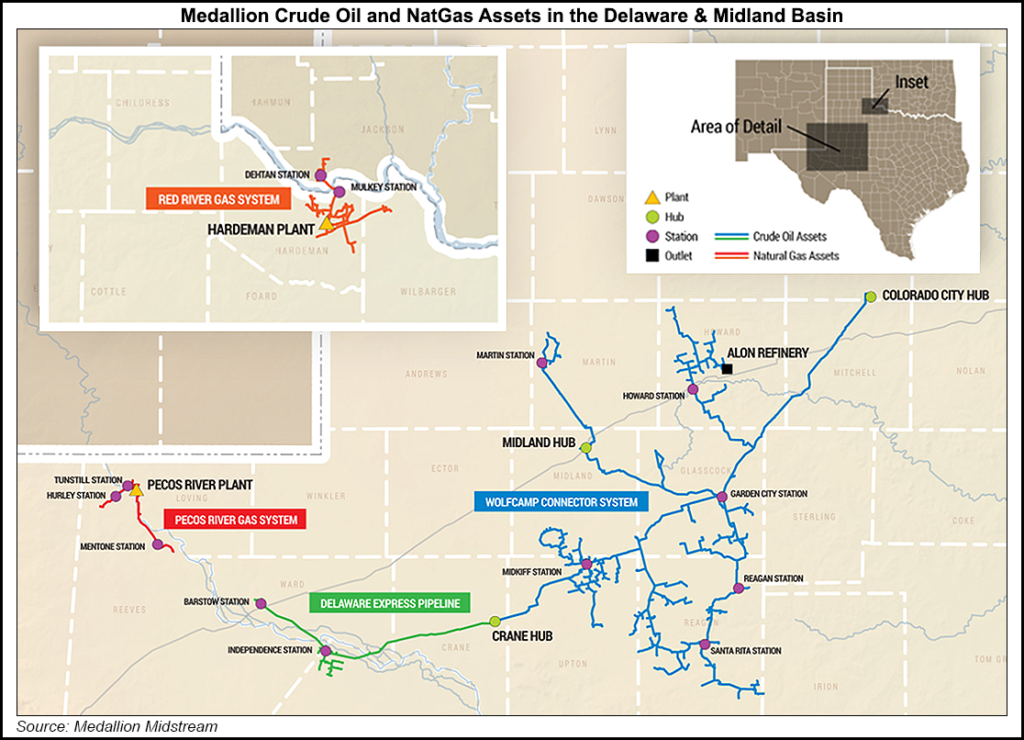 The Irving, TX-based operator is holding a binding open season through Oct. 18 to solicit long-term firm commitments regarding a proposal to expand two segments.

Medallion is proposing to build an operational loop of the existing Howard Lateral and an expansion of the Midkiff Lateral from the Garden City Station to the Midkiff Station.

Information on the open season is available from Medallion’s Paige Snider at (972) 746-4401 or via email.

To move more Permian oil supply, Medallion has expanded capacity from its West Texas crude pipe system several times. Following a binding open season two years ago, it completed a two-part expansion of the system that doubled the capacity of the existing Wolfcamp Connector to 200,000 b/d and increased throughput on the Howard Lateral to 85,000 b/d from 60,000 b/d.

Medallion affiliates last April also tested support for expanded joint tariff service of the West Texas systems. In addition, the operator held a binding open season that ended in mid-August to gauge interest in capacity from the Permian on Epic Crude Pipeline LP’s Permian project. Epic’s pipeline would move supply to refinery and oil export markets through the Port of Corpus Christi in South Texas.