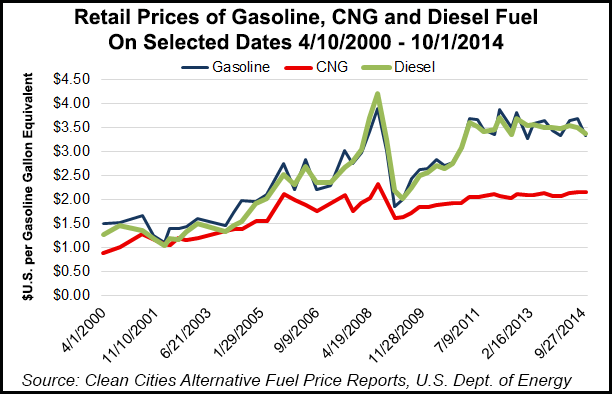 The facility, the first new refinery opened in the United States in several decades, has begun producing badly needed diesel for the state’s oil/natural gas and agricultural operations, along with several feedstocks.

Elected and industry officials who attended the refinery opening cited the $350 million facility for its economic and energy advantages to the state as it continues to keep up its record-setting oil/gas production despite lower rig counts due to low crude prices (see Shale Daily, July 13).

Originally slated to start operations late last year, Dakota Prairie Refinery was built by MDU’s pipeline construction unit, WBI Energy, and a unit of Calumet, responding to the continued high demand for diesel in North Dakota (59,000 b/d average), where in the past only about one-third of that demand (22,000 b/d) has been refined in the state (see Shale Daily, Nov. 5, 2014).

On a quarterly earnings conference call late last year, MDU CEO David Goodin said the company might pursue a second new refinery in the Bakken, given what he said at the time was “a decidedly under-supplied North Dakota market.” Goodin said MDU had identified a potential site and had begun permitting work.

In addition to the diesel, the refinery is producing 6,500 b/d of naphtha to be used to dilute heavy crude pipeline shipments, and another 6,000 b/d of “atmospheric tower bottoms,” or heavy/residual fuel oil, a feedstock for making lubricating oils and other refined products.

Elected officials from the state called the refinery an example of how North Dakota is leading the U.S. “energy renaissance.” The facility “is an example of the energy infrastructure the nation needs to build a brighter energy future,” said U.S. Sen. John Hoeven (R-ND).