An MDU Resources Group Inc. subsidiary has started construction on nearly 100 miles of new natural gas pipeline and other infrastructure that would boost takeaway capacity from the Bakken Shale in northwestern North Dakota. 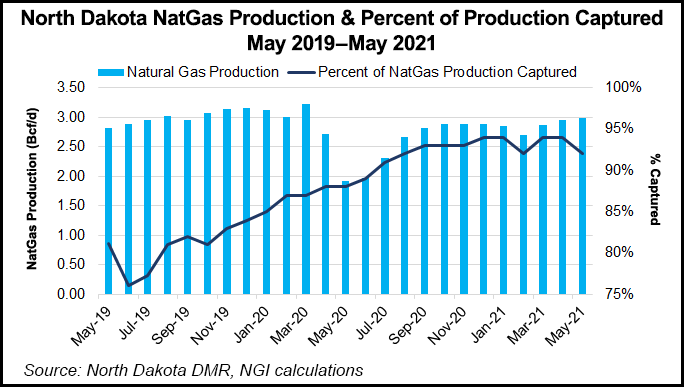 FERC on July 8 gave the all-clear for WBI Energy Inc. to begin work on the 250 MMcf/d North Bakken Expansion project. The expansion would bring the company’s total pipeline system capacity to more than 2.4 Bcf/d. The project includes about 63 miles of 24-inch diameter natural gas pipeline and 30 miles of 12-inch diameter natural gas pipeline, as well as a new compressor station and additional associated infrastructure.

WBI, which transports more than half of the natural gas produced in the Bakken, said the project would reduce natural gas flaring in the region by providing producers an additional outlet to move molecules to market.

“Producers have reinforced their need for this additional capacity by committing to long-term transportation contracts with WBI,” said MDU Resources CEO David Goodin.

The project is expected to be in service by the end of the year. At an estimated cost of $260 million, the expansion is to employ up to 450 people at peak construction.

The pipeline, he said, would open the door to additional gas capture investment and more residue gas takeaway.

By 2023, more investments are likely to be needed to meet the state’s gas capture goals, according to the state’s Department of Mineral Resources.

MDU is scheduled to release its second quarter 2021 earnings on Aug. 5.