The Maryland Department of the Environment (MDE) released a draft plan to dramatically reduce emissions of greenhouse gases (GHG) that it said would set the state “on an ambitious path and serve as a model for how the nation can respond to climate change while also supporting economic growth.” 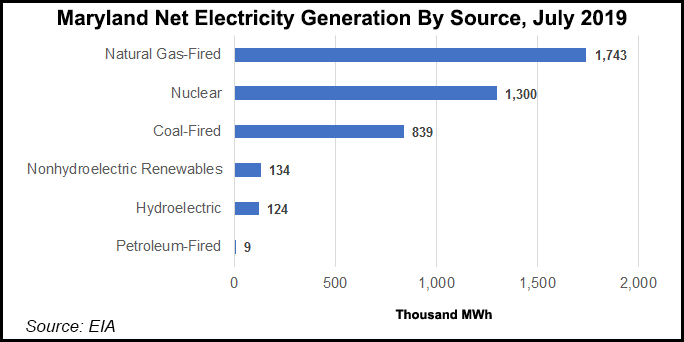 Implementation of the 244-page draft plan would reduce GHG emissions by 44% by 2030, according to MDE.

The plan would incorporate more than 100 measures to reduce GHG emissions, including investments in energy efficiency and clean and renewable energy solutions, widespread adoption of electric vehicles, and improved management of farms and forests, MDE said. It would also encourage investment in the energy and transportation sectors.

Key elements of the plan include:

According to the plan, methane reductions aimed at the natural gas and agriculture sectors, combined with utilization of organic waste, could result in large reductions of methane emissions.

“A significant effort is needed to evaluate methane emissions from the natural gas industry, the greatest source of methane emissions in Maryland. Renewable sources of process gas should be utilized as much as possible by using capturing it at sources such as landfills, wastewater treatment plants, food waste facilities, and agricultural operations.

“The oil and gas sector must reduce fugitive methane leaks, a large source of atmospheric methane. Energy demand projections indicate that that consumption of natural gas will increase by 2040, making these steps to control emissions especially important,” according to the draft plan.

The plan would increase economic output in the state $11.54 billion over the next decade and create more than 11,000 jobs, MDE said.

The Maryland Sierra Club’s David Smedick said the plan doesn’t make clear how Maryland would move away from coal generation and relies too much on hydraulically fractured (fracked) natural gas.