The pace of drilling in Pennsylvania has declined by 35% in the first month and a half of 2013 compared to the same period in 2012, but counties rich in liquids and oil are faring better. 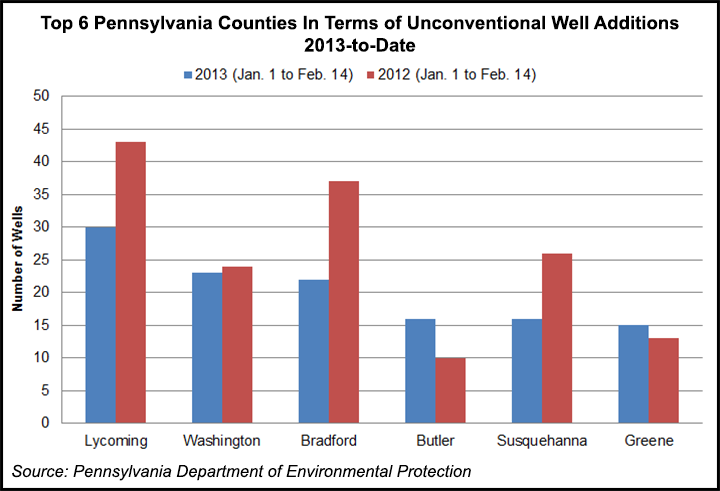 In January and the first half of February, 274 new wells were drilled, 98 fewer than in the same period of 2012, according to daily records maintained by the Pennsylvania Department of Environmental Protection.

NGI Shale Daily’s Conventional Rig Count indicates a slow-down as well. There were 105 rigs operating in the Marcellus Shale as of Feb. 15, down from 162 one year ago.

Of the 274 new wells added, 163 are unconventional. The new additions represent a 21% increase sequentially in new well construction over the last 45 days of 2012.