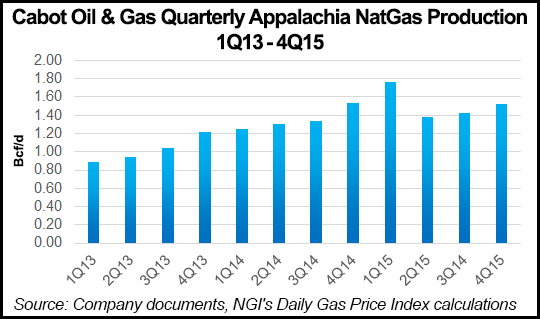 “This is not the first time that a state has denied a pipeline a CWA Section 401 permit, nor do we expect it to be the last,” analysts at ClearView Energy Partners LLC said in a note Monday. “…[E]nvironmental advocates have been eyeing the denial of state-issued CWA permits as a new avenue for frustrating pipeline construction.”

ClearView said it could take a year or longer for Constitution, a partnership of companies led by Williams Partners LP, to overcome the setback. Late Friday, the New York Department of Environmental Conservation (NY DEC) announced its permit denial.

“We believe NY DEC’s stated rationale for the denial includes flagrant misstatements and inaccurate allegations, and appears to be driven more by New York State politics than by environmental science,” the project sponsors said in a joint statement Monday.

“The project sponsors will pursue all available options to challenge the legality and appropriateness of New York’s decision, particularly since it is based primarily on comments previously made by New York to FERC, which FERC carefully considered before issuing its certificate of public convenience and necessity for the project; and factually inaccurate assumptions and assertions.”

A judicial appeal is one option available that was enumerated by the ClearView analysts. “A court review could easily take a year on standard briefing schedules,” ClearView said. “If the court were to find in Constitution’s favor, the permit would be remanded to the agency [NY DEC] for resolution, not awarded to Constitution.”

Constitution could also request a rehearing at NY DEC. “…[W]e surmise that it is unlikely that NY DEC would arrive at a different conclusion given the intensely political opposition ginned up against the project and Gov. Cuomo’s earlier decision related to fracking in the Empire State [see Shale Daily, June 29, 2015],” ClearView said.

Additionally, Constitution could resubmit its application to NY DEC and attempt to resolve the issues behind the agency’s permit denial. However, a re-submission could take as long to move through the system as the original application, ClearView said.

The 125-mile pipeline would carry Marcellus Shale gas from Susquehanna County, PA, interconnecting with the Iroquois Gas Transmission and Tennessee Gas Pipeline (TGP) systems in Schoharie County, NY. “The Constitution Pipeline would become a key piece of natural gas infrastructure in the region, supporting the overall reliability and diversification of energy infrastructure in the northeastern United States and helping our nation realize the full benefit of these abundant, clean-burning natural gas supplies,” the sponsors said at the time.

Wells Fargo Securities analyst Gordon Douthat said in a note Monday that the CWA permit denial “results in further delays, though we had limited incremental volumes starting in late 2018 in our model for Constitution…”

Douthat said Atlantic Sunrise, another Williams project (see Shale Daily, Feb. 19), “…likely moves up in the queue as [the] next major project to de-bottleneck Cabot’s volumes out of Northeast Pennsylvania with timing targeted for late 2017…” He added, though, that the market is probably “…expecting delays given recent announcements.”

The northeastern United States has been anything but hospitable to natural gas pipeline projects. Environmental activists, landowners and numerous public officials have worked together and separately to thwart such projects, usually at FERC.

NY DEC said Constitution would include new right-of-way construction of about 99 miles of 30-inch diameter pipeline, rather than co-locating within existing rights-of-way. “Although DEC requested significant mitigation measures to limit affecting the state’s water bodies, this new right-of-way construction would impact approximately 250 streams across New York state. Many of those streams are unique and sensitive ecological areas, including trout spawning streams, old-growth forest, and undisturbed springs, which provide vital habitat and are key to the local ecosystems.”

Additionally, NY DEC said in its notice of denial that the pipeline would be subject to “exposure” and “would require more extensive stabilization measures and in stream disturbances resulting in addition[al] degradation to environmental quality.

“We note that flooding conditions from extreme precipitation events are projected to increase on the operational span of the pipeline due to climate change.”

The Constitution backers said the pipeline route that was approved by FERC was the preferred route from an environmental perspective, but it was modified to accommodate NY DEC.

“The FERC-certificated route was developed after extensive environmental and engineering analysis, which included a comprehensive review of route alternatives. In its final environmental impact statement, the FERC concluded that environmental impacts associated with these alternatives were significantly greater than the preferred route. Despite this, in the spirit of collaboration we followed NY DEC guidance and further altered our preferred route to adopt NY DEC staff recommendations.”

Constitution said it “…also takes serious issue with claims [by NY DEC] that its application lacked information related to stream crossings, depth of pipe, or blasting.”

Further, Constitution said the state’s energy plan, issued last year, “…recognized the role of the Constitution Pipeline, projecting that natural gas usage will increase during the next 15 years, and by 2030, natural gas will provide the largest share of any single fuel source.”

The denial was remanded back to the agency, which denied the permit again. Islander East petitioned the U.S. Supreme Court, which declined to hear the case, and the project died (see Daily GPI, March 2, 2009).

Some legal experts speculated at the time that the Court “was not interested in making a decision that would suggest that one federal law,” in this case the Natural Gas Act, preempted another law, the CWA, ClearView said.

“Constitution would not be barred from seeking Supreme Court review of an adverse decision by the Second Circuit,” ClearView said. “For now, we plan to hold off on assessing Constitution’s potential prospects for such an appeal until after any action in the Second Circuit runs its course.”