Pennsylvania continues its support for natural gas use to power vehicles. 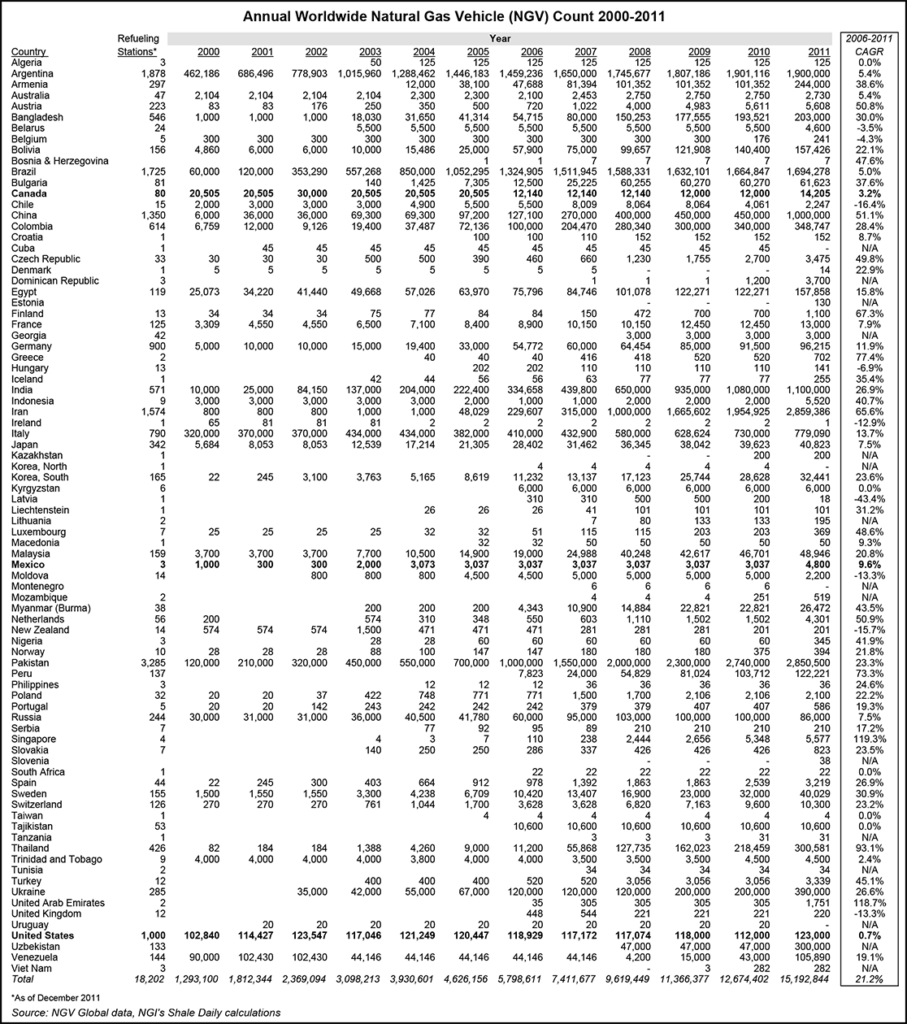 The Marcellus Shale bonanza of natural gas is more than an economic driver in Pennsylvania, it can also help achieve clean air goals in the state and in other neighboring states, according to an official with the Marcellus Center for Outreach and Research (MCOR) at Penn State University.

As the power generation sector has already demonstrated with its lowest carbon dioxide emissions in 20 years with the more widespread use of gas-fired generation, the transportation sector can do the same thing by expanding use of natural gas vehicles (NGV), said Matt Henderson, a shale gas asset manager for MCOR.

While citing the various steps being taken by the state and industry to advance NGV use, Henderson said advances in vehicle and engine production now makes the prospect for wider use of natural gas in transportation more of a reality. “Using more NGVs is a solution to help Pennsylvania and other states reach their clean air goals,” Henderson wrote in a online posting at the MCOR website.

Pennsylvania state government through the Department of Environmental Protection (DEP) has been pushing a shift to more natural gas use in transportation. “Through public workshops and via its website, DEP is helping consumers, fleet owners and public officials make informed decisions on using natural gas as a transportation fuel,” Henderson said.

Nearly 200 people attended a recent NGV conference at Penn State, said Henderson, who added that hundreds more have attended recent workshops by the DEP. In addition, a group called the Turnpike Commission is studying the feasibility of liquefied natural gas (LNG) fueling stations all along the Pennsylvania Turnpike.

These days other outlets in the state are promoting retraining for work in the NGV and LNG fueling sectors. As part of the larger national effort for a nationwide NGV fueling network, the industry-backed Marcellus Shale Coalition (MSC) has proposed supplying $200 million to stimulate the development of more vehicles and critical infrastructure (see Shale Daily, April 6, 2011).

“With substantial cost-saving and environmental benefits, employing more vehicles fueled by natural gas will put us on the road to a cleaner energy future,” Henderson said.

The number of NGVs in the United States has been increasing, albeit at a slow rate. According to NGV Global data and NGI’s Shale Daily calculations, the United States went from having 102,840 NGVs in 2000 to 123,000 in 2011.