Marathon Oil Corp. is buying again in the Permian Basin. The company is acquiring about 21,000 net surface acres, largely in the Northern Delaware basin of New Mexico, from Black Mountain Oil & Gas and other private sellers for $700 million in cash. 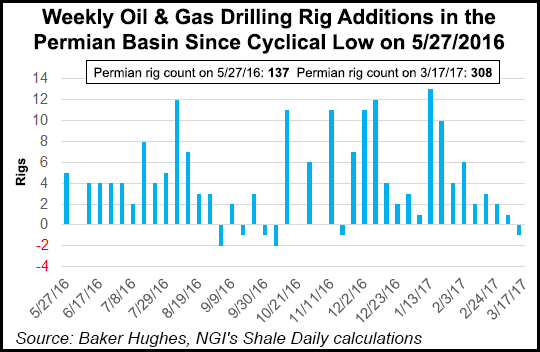 “Today’s 21,000 acre bolt-on in the Northern Delaware is an excellent fit with the basin entry acquisition we announced earlier this month. The combined deals provide us more than 90,000 acres in the Permian, over 70,000 of which is concentrated in the Northern Delaware,” Marathon Oil CEO Lee Tillman said. “While we expect to pursue additional trades and grassroots leasing, this bolt-on achieves the scale necessary for efficient long-term development in the basin.”

The Black Mountain acreage offers up to 10 target benches within 5,000 feet of stacked pay; the “base case” assumes up to six target benches. About 20,000 of the 21,000 net acres are in the Northern Delaware with primary targets in the Wolfcamp and Bone Spring formations.

Overall in the Permian, Marathon Oil has about 91,000 net acres, including 71,500 in the Northern Delaware. The implied total acreage cost comes out to $18,400 per acre, or $23,400 per Northern Delaware acre, adjusting for existing production, the company said.

In the Permian the company has 580 million boe of risked resource with 1,070 gross company-operated locations.

There is about 1.45 billion boe of total resource potential with 2,650 total gross company-operated locations from both tighter density and secondary targets. There is further upside opportunity from 18,500 net acres in Northwest Shelf, the company said.

One operated rig drilling is running currently, and there are plans to add two more rigs at mid-year.

Closing of the deal, which was announced Tuesday, is expected during the second quarter, with an effective date of March 1, 2017.