Privately held Mammoth Energy Services Inc., whose top customer is Utica Shale-focused Gulfport Energy Corp., is preparing another attempt to go public and expand its North American pressure pumping business, according to a filing with the U.S. Securities and Exchange Commission. 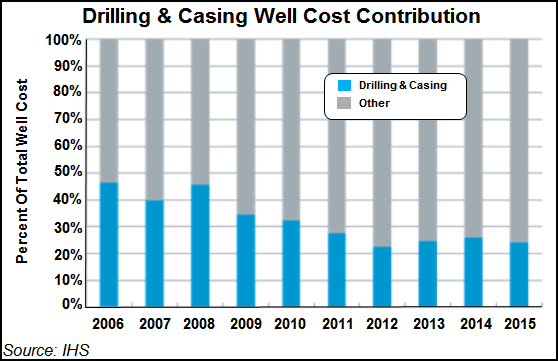 The Oklahoma City-based oilfield services (OFS) operator in a Form S-1 said it is seeking $100 million through an initial public offering (IPO). No pricing terms or timeline were disclosed. If the IPO were to be completed, Mammoth would be listed on Nasdaq under “TUSK.”

In May, the Wexford Capital Inc.-backed related entity Mammoth Energy Partners LP nixed a similar $100 million IPO that was initiated in September 2014. However, as oil prices have inched up, Mammoth said opportunities are increasing.

“As commodity prices began to recover, we experienced an increase in activity,” Mammoth said in the prospectus. “We intend to capitalize on the anticipated increase in activity in these markets and diversify our operations across additional unconventional resource basins.” Some of Mammoth’s insight likely came from Gulfport, which is planning a six- to eight-rig program for Appalachia in 2017 (see Shale Daily, Aug. 4).

“We currently operate facilities and service centers to support our operations in major unconventional resource plays in the United States, including the Utica Shale in Eastern Ohio, the Permian Basin in West Texas, the Marcellus Shale in Pennsylvania, the Granite Wash in Oklahoma and Texas, the Cana Woodford Shale and the Cleveland Sand in Oklahoma, the Eagle Ford Shale in South Texas and the oilsands in Alberta,” the prospectus stated.

Mammoth Energy Services was formed in June, one month after the other IPO was pulled, by Wexford-backed Mammoth Partners LLC. The energy services company is being formed from a stew of several small oilfield services firms.

Mammoth Holdings now controls 68.7% of the partnership, Gulfport has 30.5% and Rhino has 0.8%. Once the IPO is completed, the equity interests would be contributed to Mammoth Energy Services, and the partnership would become its subsidiary.

According to the prospectus, chairman of Mammoth Energy Services is Marc McCarthy, 45, currently a senior managing director at Wexford, whose energy experience includes a stint as chairman of EPL Oil & Gas Inc. Arty Straehla, 62, who joined as CEO in February, previously was CEO of Serva Group LLC, an oilfield equipment manufacturer, and had been CEO of Diamondback Energy Services Inc. CFO Mark Layton, who joined the company in 2014, was formerly the top financial officer of Stingray Pressure Pumping LLC and previously worked for Archer Well Co. Inc.