Nearly two years after the Magnolia natural gas export terminal in Lake Charles, LA, was expected to be sanctioned, the project developer has reached a proposed agreement to sell a quarter of its capacity to Singapore’s Delta Offshore Energy Pte Ltd. 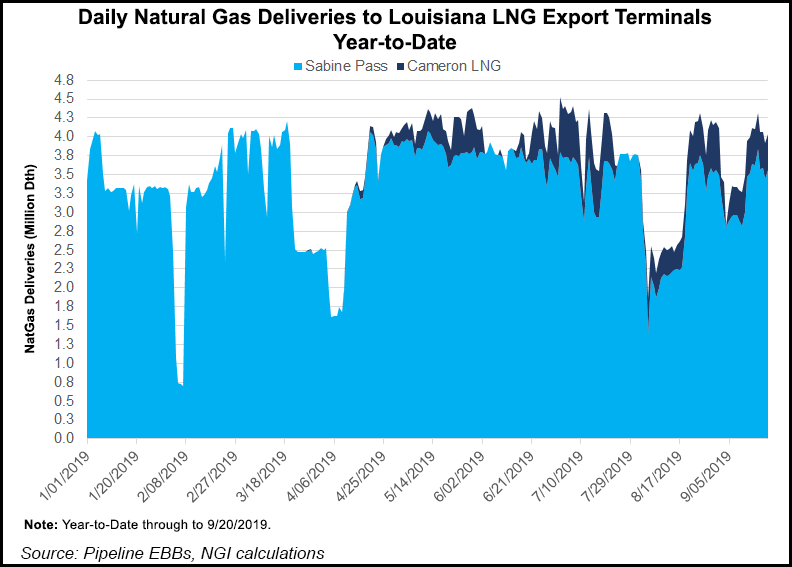 A memorandum of understanding for liquefied natural gas (LNG) supply reached earlier this month between LNG Ltd. (LNGL) and Delta now advances the plan toward a binding supply and purchase agreement (SPA). If finalized and a positive final investment decision (FID) is made, about 2 million metric tons/year (mmty) would be supplied to Delta on a free-on-board basis for at least 20 years to fuel a power plant in Vietnam. Deliveries potentially could begin in 2024, with the liquefaction price set at 113% of Henry Hub, plus fees.

“LNGL is confident in our ability to bring negotiations with Delta Offshore Energy to a successful close that will provide value to our shareholders and bring us closer to an FID,” said LNGL CEO Greg Vesey.

LNGL still needs to obtain financing for the project by the end of the year, but the date could be extended.

Vesey has made no secret that the ongoing trade war between the United States and China has been a critical hurdle to sanction the 8 mmty facility. The company chief cited the impasse in its decision to delay sanctioning to 2019 from 2018.

Vesey had said the company would not execute agreements until the trade war was over, but the company “can sell out the capacity at Magnolia LNG without Chinese customers.”

LNGL would need to secure 6 mmty in contracts in order to sanction the project, and while “2019 is still possible,” that target “could slip into 2020,” spokesperson Michah Hirschfield told NGI.

Beginning this month, the United States lodged tariffs on another $300 billion of Chinese goods, while Beijing imposed a tax on $75 billion worth of U.S. goods, including domestic oil. Another round of taxes was to take effect in December. China continues to not import U.S. LNG, but domestic cargoes have found customers in Southeast Asia and Latin America. However, the stagnation in trade talks has added uncertainty for potential U.S. LNG exporters, according to consultancy Alerian.

“Specifically, the trade war makes it more difficult for LNG exporters to acquire long-term purchase agreements with Chinese buyers, who represent one of the largest importers of LNG globally,” analyst Michael Laitkep said.

The Trump administration ma renew talks in October and any progress toward reducing tariffs “would be welcome news for LNG companies.”

A weakening global market also has customers hesitant to sign long-term deals. As of Sept. 1, LNG prices in Asia and the UK had fallen nearly 60% year/year, according to Alerian. LNG developers have their sights set on higher prices in the coming months, and forward prices in both countries remain in steep contango.

The impacts of weaker spot prices are mitigated for companies like Cheniere Energy Inc., which has about 75% of its volumes contracted in long-term SPAs. Producer-backed agreements, such as Cheniere’s agreement with EOG Resources Inc. provide another way to commit in a weak price tape, according to Alerian.

However, LNGL and other project developers “may face more uncertainty over current macro headwinds as they develop their respective export terminals,” Laitkep said.