August natural gas and oil permitting across the Lower 48 reversed course from July, particularly in the Permian Basin, but activity still was higher than a year ago, according to data compiled by Evercore ISI. 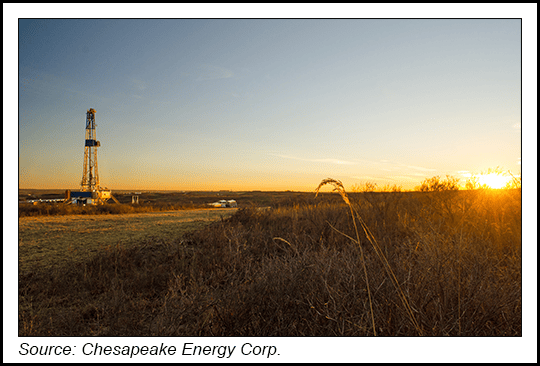 However, permitting in August continued to trail 2019 levels by 37% and 2018’s by 29%, Evercore analysts noted. The financial firm each month tracks state and federal permitting trends. The August data showed Permian permitting overall was down by 25% m/m, or by 388 permits from July.

“Permitting activity increases were reported in the Powder River Basin,” where gains were 70% higher m/m or by 134 permits. However, those gains were “offset by large losses” in the Haynesville Shale, where permits fell 63% or by 172 permits, analysts said.

“Permits in the Permian represented 37% of the total count, down from 40% in July,” Evercore analysts said. “The Eagle Ford was the basin with the second largest count share with 13%, followed by the Powder River Basin and other smaller plays with 10% each.”

Texas reported the most permit pullback from July, with most of the Permian and all of the Eagle Ford acreage.

“Notable decreases were reported in Texas,” down 24% from July or by 461 permits, Evercore noted. Louisiana reported a 58% decline, down by 128 permits. New Mexico also was lower from July, off by 25% or 70 permits. California saw a 25% decline too, with permits off by 57 m/m.

Drilling permits in North Dakota rose to 102 from 53 in July, according to the Department of Minerals and Resources (DMR). It was the first time DMR had permitted more than 100 wells in a month since October 2019.

Wyoming, where the Powder River is, “reported the largest growth of any state during August, increasing to 373 permits,” which was 157 more than in July, or 73% higher, analysts noted.

Even though Permian drilling permits were down, it’s a different story in terms of rigs, according to the latest Baker Hughes Inc. tally as of Sept. 16 (Friday).

The overall U.S. rig count, onshore and in the Gulf of Mexico, rose by four units to 763 from a week earlier. Texas picked up five rigs overall, while Louisiana added one. New Mexico and North Dakota each dropped one rig from their respective totals, the data showed.