The Los Angeles (LA) City Council on Wednesday unanimously approved a motion to prohibit drilling new oil and gas wells, phase out production from existing wells, and establish a plan for plugging and remediating all wells in the city. 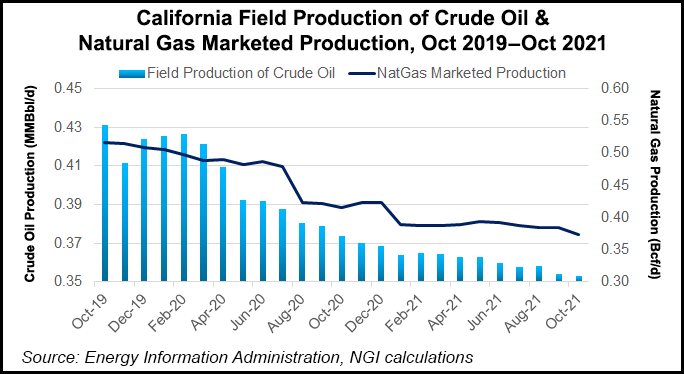 “From Wilmington to the San Fernando Valley, gas drilling and oil wells have disproportionately affected the health of our working class neighborhoods,” said Council President Nury Martinez. “This is yet another example of how frontline communities disproportionately bear the impacts of pollution and climate change.”

The city has a total of 5,229 oil wells, including 296 that are idle and the majority within 2,500 feet of homes, schools and hospitals, according to Elected Officials to Protect America (EOPA), an environmental group that supported the measure.

“Oil drilling is and has always been an inherently incompatible land use with neighborhoods and schools and hospitals and homes,” said Councilmember Paul Koretz, a co-author of the original motion. “No one should have to wake up in her own bed with a nosebleed caused by toxic oil drilling chemicals. Nor with cancer caused by the same. That said, we must also ensure the affected workers have a secure working future. Today’s item will take care of both.”

The motion directs the Department of City Planning (DCP) to draft an ordinance to ban new oil and gas extraction, and to make existing wells a nonconforming land use in all areas of the city.

The council also is directing DCP to commission a study to establish a timeline for the phaseout of existing operations.

To help ensure an equitable transition for impacted oil and gas workers, the council is directing DCP and to participate in Los Angeles County’s Just Transition Taskforce, EOPA highlighted.

Martinez also introduced a motion to create a job quality stabilization program to ensure oil and gas workers can transition to clean energy jobs “while retaining their wages and benefits.”

According to EOPA, more than 580,000 Los Angeles residents live within one-quarter mile of a productive oil and gas well.

“On behalf of 430 elected officials from 49 counties working to phase out dangerous oil and gas drilling, EOPA California congratulates the LA City Council for their bold leadership to phase out and end the pumping of dirty fossil fuels that continue to devastate communities of color with toxic pollutants that can lead to premature death,” said EOPA’s Dominic Frongillo, executive director. “EOPA California is working statewide to do the same as California transitions with a just transition for workers to a 100%clean energy future.”

Upstream operations in Los Angeles include the Inglewood Oil Field operated by Sentinel Peak Resources California LLC. The asset is “the largest contiguous urban oil field in the U.S., with more than one million people living within five miles of the site,” said EOPA, noting that jurisdiction of the field is split between Culver City and LA County.

Gov. Gavin Newsom has called for the state to stop issuing new drilling permits by 2024 and to phase out oil and gas extraction entirely by 2045. In October, state regulators launched a proposal to prohibit new wells and facilities within a 3,200-foot exclusion area, or setback, from homes, schools, hospitals, nursing homes and other “sensitive” locations.

In related news, the LA County Department of Public Health (CDPH) is seeking research proposals to study the health impacts on surrounding communities of a massive 2015-2016 methane leak from the Aliso Canyon natural gas storage field.

The blowout at the LA County facility owned by Southern California Gas Co. (SoCalGas) was the largest recorded methane leak in U.S. history.

The study is to be conducted by third-party researchers solicited through a competitive request for proposals process, and guided and evaluated by an independent oversight committee, officials said.

Knowledge gained from the study “may inform community stakeholders on short and long-term health risks, the allocation of public resources and services, and regulatory policies to prevent environmental disasters and minimize adverse public health impacts arising from them,” CDPH said.

Although the LA City Council has sought to close Aliso Canyon, for now it remains essential to Southern California’s energy security, at least according to state regulators.

The California Public Utilities Commission in November approved an increase in the field’s maximum working gas capacity, from 34 Bcf to 41 Bcf. This is still less than half the 86 Bcf allowed prior to the leak.

SoCalGas, a subsidiary of San Diego-based Sempra, agreed in September to pay up to $1.8 billion in three settlement agreements stemming from the leak. The blowout required the temporary relocation of more than 8,000 families in the surrounding area.

“Thousands of health-related reports were received during the disaster, and people in the surrounding communities continue to express concerns about the impact of this disaster on their health,” said CDPH.

CDPH is asking researchers to evaluate “relationships between exposures to airborne chemicals and other potential toxicants during and/or following the disaster and adverse health impacts to the community, which could include, but is not limited to, physical and mental health,” officials said.

The Aliso Canyon facility is a former oilfield consisting of 114 storage injection wells. The blowout occurred on one of these wells in October 2015, causing an estimated 109,000 metric tons of methane to flow uncontrolled into the atmosphere for nearly four months.

Methane, the main component of natural gas, is a highly potent greenhouse gas with more than 80 times the warming power of carbon dioxide over the first 20 years after it reaches the atmosphere, according to the Environmental Defense Fund.