The Los Angeles City Council early this year called for a draft moratorium on hydraulic fracturing (fracking), but the city planning department is proposing another way to regulate drilling practices — land-use and zoning regulations. 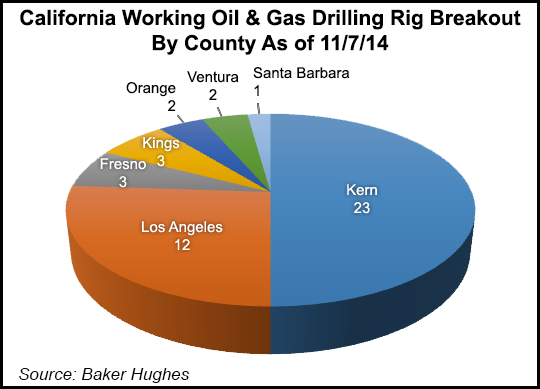 “At present, there is no qualified city staff member with this set of expertise. Developing regulations on this complex issue requires collaboration with an expert in petroleum and natural gas engineering or geology,” he said in the report, “Regulatory Controls Over Well Stimulation,” presented to the council.

“Once hired, the technical expert will work with the city planning department and all other relevant departments to identify new zoning and land-use performance standards in order to mitigate potential direct and indirect impacts of oil/gas activity.”

“Currently, the state allows various forms of well stimulation, including hydraulic fracturing and acidizing,” the report stated. “The oil industry has challenged local government’s authority to regulate or prohibit specific well stimulation activities under the principles of ‘field preemption.’ However, the state’s authorization to conduct well stimulation does not preempt local jurisdictions from establishing traditional land-use and zoning regulations that can dictate where oil/gas activity takes place.”

The city and state look at “well stimulation” as including fracking, acidizing and gravel packing among other technologies. Several federal regulations govern well stimulation processes, but states have regulatory primacy, and state preemptions over local authority are still being determined. The report said “there is significant room” for improving “the way the city currently regulates and administers oil/gas activity.”

“City officials did not do the one thing they were directed to do — create an ordinance that would place a moratorium on fracking in Los Angeles. In response to overwhelming support from the people of this city, the council unanimously voted to halt fracking here.” NRDC urged the city staff to “go back to the drawing board and answer their call.”