Longmont, CO, voters Tuesday approved a hotly contested ban on the use of hydraulic fracturing (fracking) within its jurisdiction, passing a ballot measure (Question 300) by a comfortable margin, according to reports. 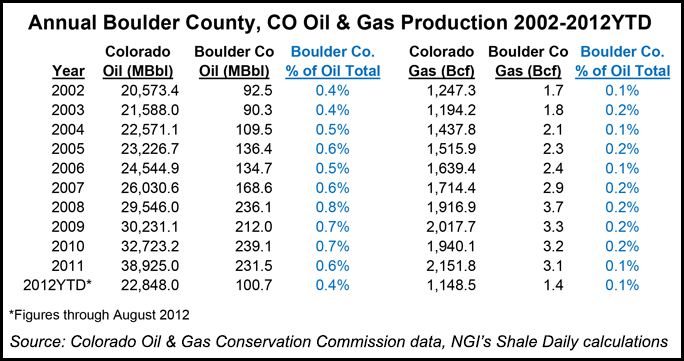 Question 300 bans the use of fracking by oil and gas drillers within the city limits, along with banning fracking waste storage in the city confines. Supporters of a ban argued that fracking is environmentally risky; opponents — supported by more than $500,000 from industry — argued that the risks were exaggerated.

Opponents reiterated after Tuesday’s election results that the measure would bring lawsuits and expensive claims for “taking” mineral rights.

Activists opposing fracking organized as “Our Longmont,” conducted a petition drive to insert a fracking ban measure on Tuesday’s ballot.

In September, agreements carved out by Erie, CO, added to the state’s rules covering fracking and offered the possibility of a model for other state jurisdictions (see Shale Daily, Sept. 11). The state, however, maintains the exclusive right of enforcement.

Australian Prime Minister (PM) Scott Morrison wants to create a liquefied natural gas (LNG) hub along the east coast similar to Henry Hub in order to lower gas prices in the region and spur an economic recovery from the Covid-19 pandemic. The idea was among a number of measures that Morrison proposed earlier this month…