Saudi Arabia on Saturday ousted longtime energy minister Ali Al-Naimi and promoted Khalid Al-Falih, who chairs the country’s national oil company, a move not expected to upend the country’s policy to allow markets — and not shut-ins — to rebalance prices. 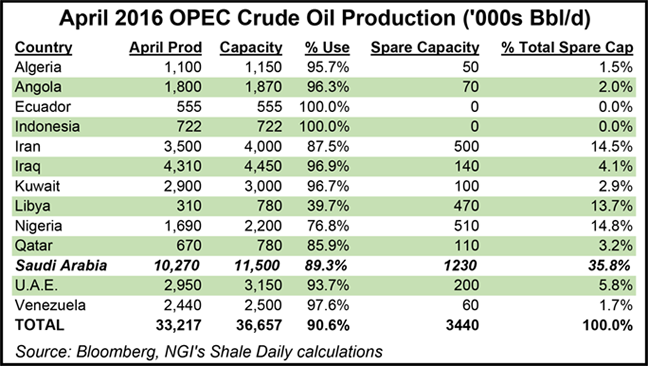 Falih, chair of Saudi Arabian Oil Co., aka Saudi Aramco, was appointed by a royal decree, marking one of the most significant personnel shakeups in decades. Al-Naimi, who had run the ministry since 1995, was Petroleum & Mineral Resources minister. According to the royal decree, Al-Falih has become minister of Energy, Industry and Mineral Resources, a new moniker suggesting the country’s desire to reduce its dependence on oil.

“Saudi Arabia will maintain its stable petroleum policies,” Al-Falih said. “We remain committed to maintaining our role in international energy markets and strengthening our position as the world’s most reliable supplier of energy.”

Saudi Arabia, as the largest oil producer in the Middle East and one of the largest in the world, oversees the Organization of the Petroleum Exporting Countries (OPEC). Aramco today produces about 10 million b/d of crude oil.

“But the oil market is much bigger than just OPEC,” Al-Naimi said three months ago. “We tried hard to bring everyone together, OPEC and non-OPEC, to seek consensus. But there was no appetite for sharing the burden. So we left it to the market as the most efficient way to rebalance supply and demand. It was — it is — a simple case of letting the market work…You can argue over small percentage falls or rises, but the bottom line is that the world demands, and gets, more than 90 million b/d of oil, and long-term this will increase, so I have no concerns about demand, and that’s why I welcome new, additional supplies, including shale oil.”

Allowing the markets to work is a policy unlikely to change under Al-Falih, but Saudi oil policy could evolve. At the World Economic Forum held earlier this year, he had said if oil prices continued to be low, Saudi Arabia would be able to withstand them “for a long, long time…Obviously, we don’t hope for that but are prepared for it.”

Al-Falih graduated from Texas A&M University in College Station with a bachelor’s degree in mechanical engineering, and he holds a master’s degree from King Fahd University of Petroleum and Minerals. He joined Aramco more than 30 years ago and was appointed CEO in January 2009 and chairman last year. During his tenure, he has modernized the company to operate more like western oil firms, increasing acquisitions and expanding refining capacity.

Oil accounted for more than 70% of Saudi Arabia’s revenue in 2015. Last year Saudi Arabia posted a budget deficit of almost $100 billion; an $87 billion deficit is anticipated this year.

“The initial Trumpesque ‘You’re Fired!’ headlines overstated the change,” Pursell said. Al-Naimi, 81, “was long thought to be retiring and a government reorganization driven by Deputy Crown Prince Mohammed bin Salman was the event to move ahead with Al-Naimi’s retirement. The recent ‘confusion’ in Doha, where Minister Naimi orchestrated an agreement to freeze production among key oil producers was scuttled by Saudi Arabia backing out at the last minute. Saudi Arabia was not talking with a unified voice/strategy and left key producers (and the entire oil market) wondering ‘who is in charge?’ This helps clarify that question.”

Al-Naimi, he said, “has been the voice of reason and stability within Saudi and OPEC for a very long time. The change occurs as oil markets are starting to see improving fundamentals…the market will listen to every whisper out of Saudi in coming weeks/months to get a glimpse of any change in OPEC policy.”

More than likely, Saudi Arabia will do nothing about current production levels, said Pursell. It’s unlikely that the country “will reverse course and cut production…If low oil prices are the catalyst for internal change, near-term action to increase prices seems at odds with a strategy to drive broader economic change.”