Following the lead of other pipeline operators that have brought into the fold their master limited partnerships (MLP) because of changes to federal law, Loews Corp. said it plans to take over subsidiary Boardwalk Pipeline Partners LP for an estimated $1.5 billion. 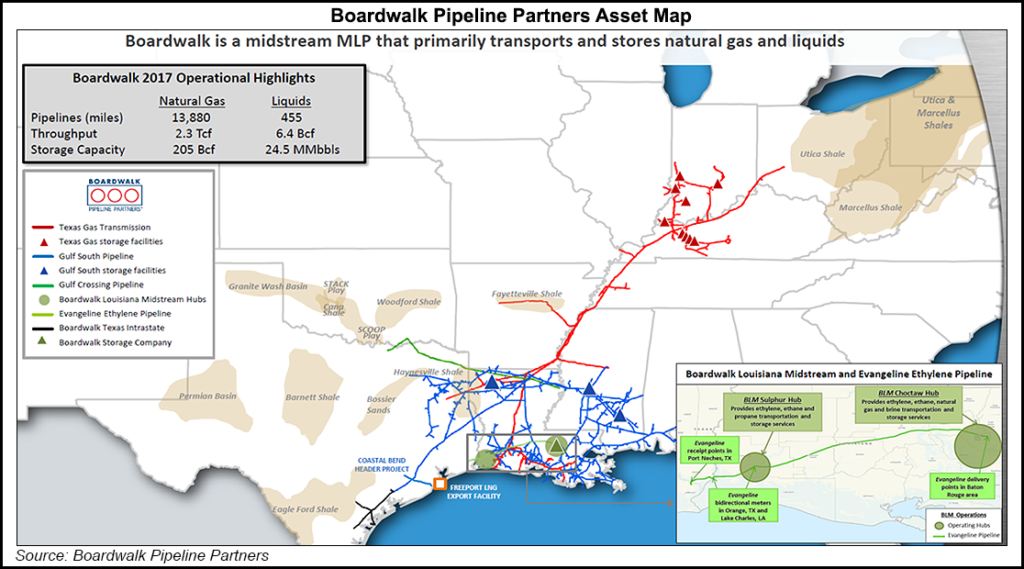 Loews, controlled by the Tisch family, had hinted during a first quarter conference call that a buyout was anticipated for the midstream MLP, which operates about 14,335 miles of pipelines and underground storage caverns with an aggregate working gas capacity of 205 Bcf and liquids capacity of 24.5 million bbl.

The move by Loews follows that by Williams and Enbridge Inc., which in April said they would simplify their corporate structures in reaction to a FERC ruling in March that removed MLP tax benefits.

Boardwalk’s general partner plans to purchase the MLP units on July 18 for about $12.06/unit. Once the buyout is completed, Loews subsidiary Boardwalk Pipelines Holding Corp. would own, directly or indirectly, 100% of MLP’s common units and the MLP would cease to be publicly traded or listed on the New York Stock Exchange.

During a 1Q2018 conference call in April, CEO James Tisch said the federal tax reform legislation enacted at the end of last year, combined with FERC’s MLP decision, had “sparked a review” as to whether Boardwalk should remain a publicly traded MLP. “It appears that FERC’s action would materially decrease the maximum applicable rates Boardwalk could charge in the future,” he said.

Loews is one of the largest diversified companies in the United States, with businesses in the insurance, energy, hospitality and packaging industries. Three subsidiaries are publicly traded: CNA Financial Corp., Diamond Offshore Drilling and Boardwalk Pipeline Partners.

During Boardwalk’s first quarter call to discuss results, CEO Stanley Horton said the midstream company was pursuing with Sempra Energy plans to transport Permian Basin gas to the Gulf Coast through the proposed Permian-to-Katy, aka P2K, pipeline. A final investment decision has not been made.

P2K would, among other things, feed into Boardwalk’s Coastal Bend Header, which is designed to deliver up to 1.4 Bcf/d to serve Cheniere Energy Inc.’s liquefied natural gas (LNG) export project on the Texas coast, Freeport LNG. Freeport is scheduled to begin service in late 2019 or early 2020.