Liquefied natural gas (LNG) is the preferred alternative fuel for over-the-road trucks, compared to compressed natural gas (CNG), according to California-based Clean Energy Fuels Corp., which supplies both LNG and CNG to customers. 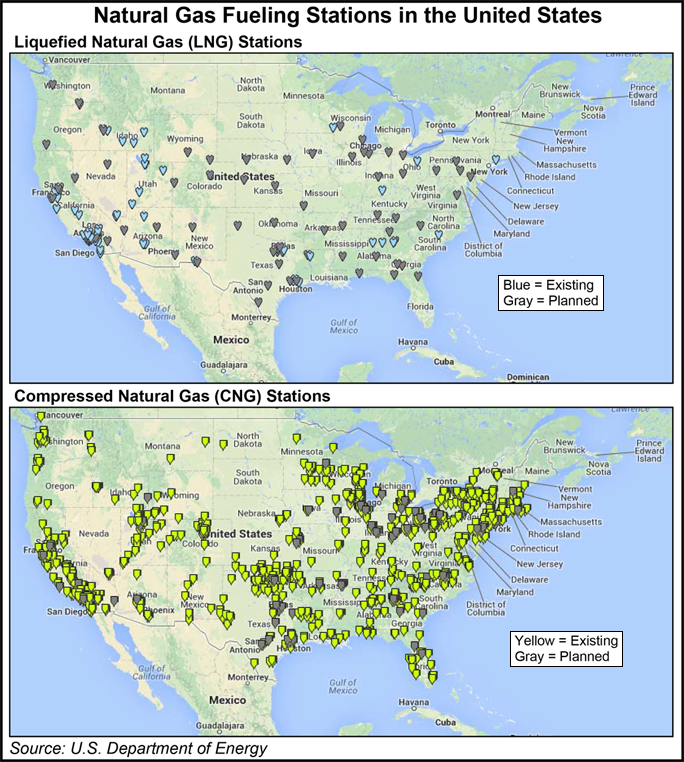 Clean Energy has decided that America’s Natural Gas Highway, which it helped conceive and is helping to implement (see Daily GPI, Aug. 25, 2011), has to go for LNG to fuel class-8 trucks, as opposed to CNG, said Brian Powers, vice president for operations. The Newport Beach, CA-based company is aiming for 150 highway-located LNG fueling stations by the end of 2014.

“From what we’re seeing, the cost of an LNG truck is less than a CNG truck with a comparable range,” Powers said. Clean Energy emphasizes “total cost of service” in making determinations regarding LNG or CNG for fleet operators.

Some of the stations will be a combination of LNG and CNG (see Daily GPI, March 23, 2011), and some trucks will operate on CNG, but the vast majority will run on LNG, Powers said.