Turbulence in natural gas pricing facing buyers across the globe is not a sign of an energy system breakdown but rather is a part of the ongoing creation of competitive markets, according to Carina Energy Consulting’s Sam Andrus. 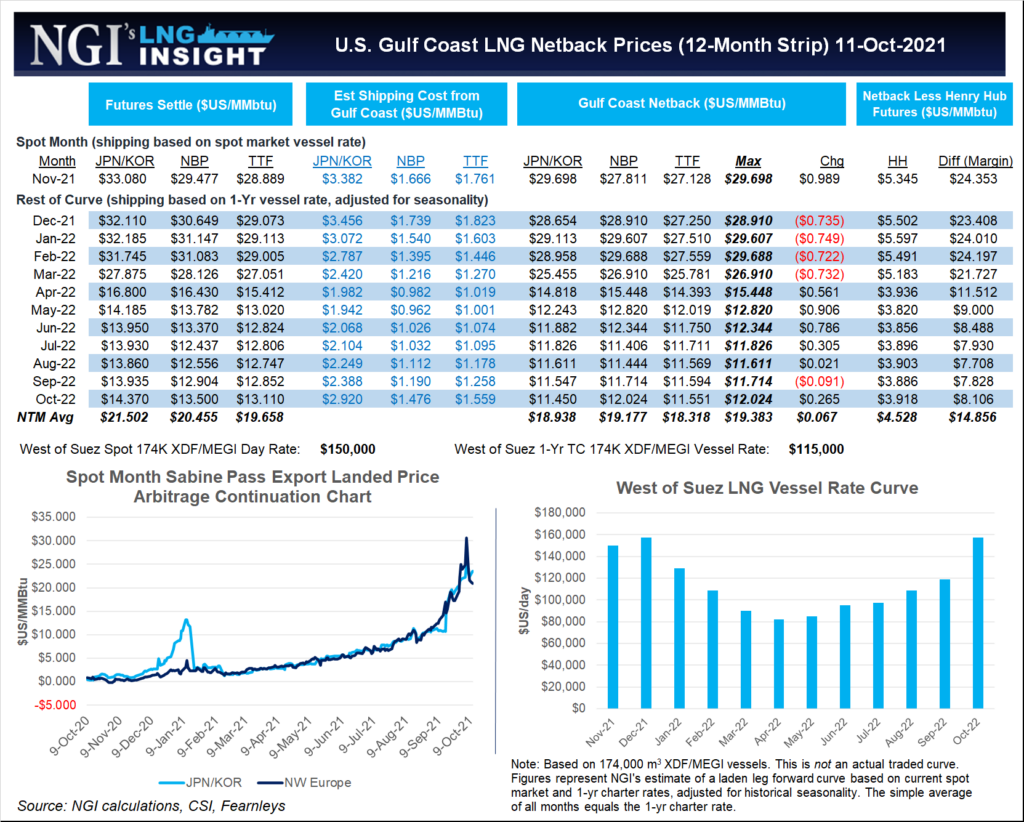 A veteran trader and analyst with decades of experience in the natural gas business, Andrus spoke on a panel Tuesday regarding the dynamics in the liquefied natural gas (LNG) market at the LDC Natural Gas Forum in New Orleans.

LNG ships are “akin to pipelines. And a constraint in a pipeline is a disconnect in prices.” Still, “shipping is a pipeline without line pack,” and a tight market is going to be a reality “for some time until sufficient storage can be built in Asian markets.”

Andrus highlighted the fact that Mexico lacked storage, hindering its development of pricing indexes. “Indexes work if traders are willing to trade at that spot. You don’t get trading unless you have an out, which is storage. This is a problem with Mexico. Storage is a key for competitive markets.”

As a global natural gas market forms, Henry Hub and the Dutch Title Transfer Facility (TTF) are emerging as the key global benchmarks. This is because of their levels of liquidity and the nearby storage options available, Andrus said.

“Producers will come back next year. This year, they are forced to sit on the sidelines. There just is no cash to ramp up significantly. As they get their balance sheet fixed, they will start to come back.”

Global benchmarks such as the TTF and JKM have shattered records over the past few weeks, regularly exceeding $30/MMBtu. They have also started to impact U.S. and Mexico prices as the global market grows more interconnected.

The North American LNG market has been “pretty loose” in recent years, but demand is “finally starting to outstrip LNG production capacity.” Cocklin said that this trend is poised to continue through 2025. “U.S. LNG is very much in the money right now,” he said.

Globally, LNG sale and purchase agreements for 53 million metric tons (mmt) were signed in the first eight months of 2021, compared to just 16 mmt in all of 2020, according to figures from Rystad Energy.

Cocklin added that buyers are increasingly signing long term agreements to protect themselves from spot market volatility. This creates “a very favorable market for second wave projects and expansions.” But, he said, “a few are surer bets than others.”

Freeport LNG’s Train 4 expansion in Texas might reach a final investment decision by the end of the year, Cocklin said. Meanwhile Tellurian Inc.’s 27.6 mmty Driftwood LNG project and the first phase of Venture Global LNG Ltd.’s 20 mmty Plaquemines LNG terminal, both in Louisiana, could get the green light next year.

In Mexico, Sempra Energy’s Energía Costa Azul is also advancing, with the first phase of its 3.25 mmty project slated to enter service in 2024. Executives are eyeing a 12 mmty second phase, along with a separate LNG export project in Topolobampo, Sinaloa state.

Where Will Prices Be This Winter?

Fauzeya Rahman, an LNG reporter at market intelligence firm ICIS, said during the panel that the current price rally is entirely dependent on the severity of the winter in Europe, Asia and North America.

“It’s hard to know exactly what will happen” in the winter, she said. But the supply-demand balance could be tight “for the next few years.”

Demand for natural gas is not only booming in Asia and Europe, but Latin American LNG consumption is also breaking records, further squeezing the market, she said.

Politics will also be important to pricing this upcoming winter, Rahman said. A comment by Russian President Vladimir Putin last week that domestic supplies to Europe would increase in the winter saw TTF prices plunge 10% in one day. Europe’s LNG demand will also be impacted by the Nordstream 2 pipeline coming online.

European natural gas stockpiles could be completely drained over the next few months, according to a new analysis from Wood Mackenzie.This would leave the continent wholly dependent on Russian pipeline imports if this winter turns out to be unseasonably cold.

There “is so much right now that is unprecedented,” Rahman said.