Exporting liquefied domestic natural gas to world markets would generate a net benefit to the U.S. economy, and the more liquefied natural gas (LNG) that’s exported, the greater the benefit, according to a macroeconomic analysis of the impact of LNG exports commissioned by the U.S. Department of Energy (DOE) and released for public comment Wednesday.

But one of the main keys to successful exports is cheap shale gas and lots of it for a long time. Without low domestic prices U.S. LNG won’t be competitive in the world market. Based on the report if U.S. LNG exports are restricted, it’s more likely to be because of economics rather than government policy.

Under a low natural gas price case, which includes “high” estimated ultimate recoveries (EUR) from shale plays, exports are feasible. “However, under a low shale gas outlook (low shale EUR), international demand has to increase along with a tightening of international supply for the U.S. to be an LNG exporter.” NERA said.

On the same day the NERA study was released, the Energy Information Administration (EIA) weighed in on LNG exports (see Shale Daily, Dec. 7). In its Annual Energy Outlook for 2013 (AEO2013), the EIA said that due to rising shale gas development, the United States is expected to become a net exporter of LNG starting in 2016, and a net exporter of gas (including via pipelines) in 2020. It projects that LNG exports will rise to about 1.6 Tcf by 2027, almost double the 0.8 Tcf projected last year in the AEO2012. The agency anticipates that the United States will become less dependent on foreign energy over the forecast period. Overall, energy imports will fall to 9% in 2040, compared with 19% in 2011 and 30% in 2005, the EIA said.

The United States would benefit most from exports if it were able to produce “large quantities” of shale gas at low cost, if global demand for LNG increases rapidly and if LNG supplies from other regions are limited, NERA said.

“If the promise of shale gas is not fulfilled and costs of producing gas in the U.S. rise substantially, or if there are ample supplies of LNG from other regions to satisfy world demand, the U.S. would not export LNG,” the study said. “Under these conditions, allowing exports of LNG would cause no change in natural gas prices and do no harm to the overall economy.”

The long-awaited independent study is the second part of DOE’s two-part analysis of the impact of LNG exports on domestic natural gas prices and the U.S. economy. The first part was conducted by DOE’s Energy Information Administration and released in January (see Daily GPI, Jan. 20). DOE would not disclose the name of the firm conducting the macroeconomic analysis; however, NERA’s name was recently linked to a news service (see Daily GPI, Nov. 21). Release of the NERA study had been delayed, and in the months leading up to the U.S. presidential election it became apparent to many that it would not be released until after election day.

The NERA study looked at “a wide range of different assumptions about levels of exports, global market conditions, and the cost of producing natural gas in the U.S.,” the firm said. “…[M]arket scenarios ranged from relatively normal conditions to stress cases with high costs of producing natural gas in the U.S. and exceptionally large demand for U.S. LNG exports in world markets…Export limits were set at levels that ranged from zero to unlimited in each of the scenarios.

“In all of these cases, benefits that come from export expansion more than outweigh the losses from reduced capital and wage income to U.S. consumers, and hence LNG exports have net economic benefits in spite of higher domestic natural gas prices. This is exactly the outcome that economic theory describes when barriers to trade are removed.”

Not all of the scenarios examined yielded conditions that would generate exports of LNG from the United States. Under the study’s U.S. reference and international reference cases (status quo conditions at home and abroad), “there is no feasible level of exports possible from the U.S.,” NERA said.

The research found that at the time when LNG exports could begin (2015), the increase generated in natural gas prices would range from zero to 33 cents/Mcf in 2010 dollars.

“The largest price increases that would be observed after five more years of potentially growing exports could range from 22 cents to $1.11/Mcf,” the study found. “The higher end of the range is reached only under conditions of ample U.S. supplies and low domestic natural gas prices, with smaller price increases when U.S. supplies are more costly and domestic prices higher.”

Domestic gas prices would not rise to levels in countries that pay oil parity-based prices for LNG imports, the study found. “U.S. exports will drive prices down in regions where U.S. supplies are competitive so that even export prices will come down at the same time that U.S. prices will rise.”

While exports would be a net benefit to the U.S. economy, not all participants in the nation’s economy would benefit equally, and some would be harmed, the study found. In general, the winners would be the shareholders of natural gas companies.

“Like other trade measures, LNG exports will cause shifts in industrial output and employment and in sources of income,” the study found. “Overall, both total labor compensation and income from investment are projected to decline, and income to owners of natural gas resources will increase.

“…[T]hrough retirement savings an increasingly large number of workers share in the benefits of higher income to natural resource companies whose shares they own. Nevertheless, impacts will not be positive for all groups in the economy. Households with income solely from wages or government transfers, in particular, might not participate in these benefits.”

Commercial interests that would be impacted by LNG exports are confined to narrow segments of industry, according to the study. “About 10% of U.S. manufacturing, measured by value of shipments, has both energy expenditures greater than 5% of the value of its output and serious exposure to foreign competition. Employment in industries with these characteristics is about one-half of one percent of total U.S. employment.”

The overall level of employment in the country would likely not be affected; however, some workers would likely be pulled to industries associated with gas production and export from other industries. “In no scenario [in the study] is the shift in employment out of any industry projected to be larger than normal rates of turnover of employees in those industries.”

The trade group Industrial Energy Consumers of America (IECA) gave a nod to the report but made it clear Wednesday that it’s not a fan of its findings. “Once export applications are approved, there is no putting the genie back in the bottle,” said IECA President Paul Cicio. “The export application approvals are for 20-30 year time periods and a lot can happen. For this reason it is important that policy makers thoughtfully evaluate the implications.”

IECA said at first glance it found four “weaknesses” in the report:

“The report issued by the DOE on…LNG exports is flawed, misleading and based on outdated, inaccurate and incomplete economic data,” Liveris said. “The report fails to give due consideration to the importance of manufacturing to the U.S. economy. Manufacturing is the largest user of natural gas in the U.S. and creates more jobs and more value to the U.S. economy from natural gas than any other sector.”

Liveris took out his calculator to make his point. “The value of every unit of energy used by the manufacturing sector is multiplied by as many as 20 times from the production of thousands of high-value products though the value chain,” he said. “Compare this to the one-time value created by exporting energy as liquefied natural gas. Furthermore, for every manufacturing job created on the factory floor, five to eight more are created in the larger economy.”

However, the Institute for Energy Research (IER) praised the study’s findings. “The report confirms what everyone knows: exporting American-made products creates American jobs and grows our economy. It does not matter if we are exporting wheat, airplanes or natural gas,” said IER President Thomas Pyle. “We are at no risk of running out of natural gas, especially if the federal government ends its de facto moratorium on exploration and development of new areas.”

As of Nov. 21, about 20 parties had applied for authorization to export domestically sourced LNG, some to nations that are parties to free trade agreements (FTA) with the United States, some to non-FTA countries and some to both, according to DOE’s latest applications summary. Exports to FTA countries are presumed to be in the public interest. However, DOE so far has only granted Cheniere Energy’s Sabine Pass LNG project authorization to export to the much larger group of non-FTA countries. The newly released NERA analysis bolsters the case of those seeking non-FTA export authorizations. 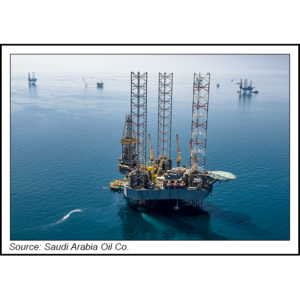