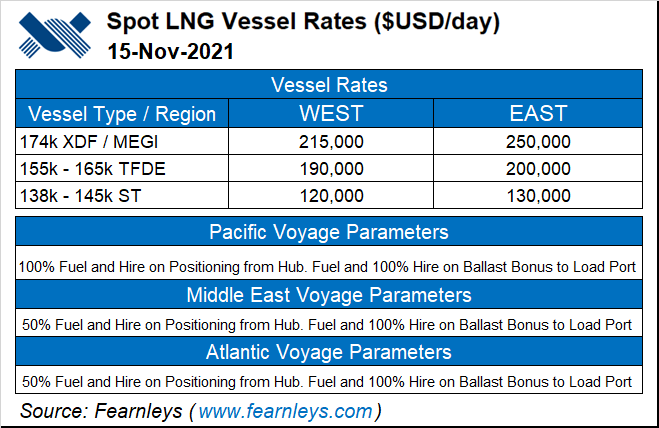 According to SCA, the 6% hike year/year takes effect in early Feb. 2022. Cruise ship and LNG carrier tolls will remain at 2021 levels, the canal owner and operator stated.

SCA Chairman Admiral Osama Rabea said that LNG carrier transit fees will remain at 2021 levels to align with recently approved action — effective Nov. 1 — to lower the toll rebate for such vessels from 25% to 15%. He added that keeping tolls flat for cruise ships stems from the SCA’s recognition that such vessels — as part of the travel industry — were hardest hit by the Covid-19 pandemic.

Earlier this year transits through the Suez Canal came to a standstill when a stuck container ship impeded the passage of hundreds of vessels. The blockade had a relatively minor impact on the LNG industry, though.

SCA said that it sets tolls based on “extensive studies by the economic unit experts” affiliated with its planning and research department. It noted the studies consider various indicators tied to the shipping market, global economy and global trade movements.

More LNG Cargoes Through Another Conduit

“Going forward, more new LNG exports from the Gulf of Mexico and the U.S. East Coast will lead to even more LNG tonnage pass-through in the canal,” he said.

Daiss pointed out, however, that surging LNG spot prices have spurred buyers in Asia — particularly in China — to start “pivoting away from LNG spot cargoes…and turning back to long-term deals with oil-indexed pricing as well as other pricing benchmarks.”