The Panama Canal Authority said a record amount of tonnage passed through the waterway during fiscal year (FY) 2021, a milestone driven in large part by liquefied natural gas (LNG) cargoes, which saw the largest increase. 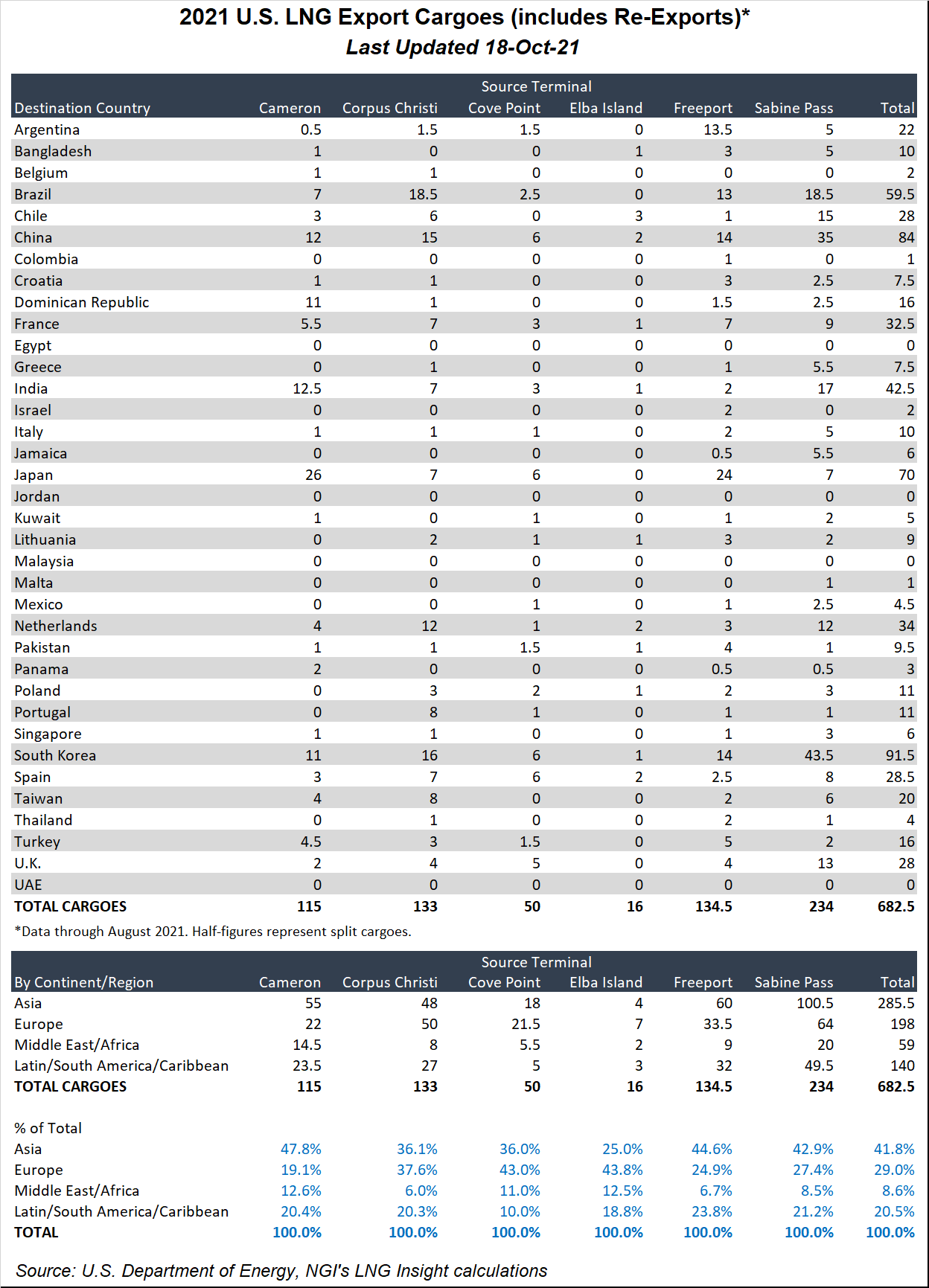 “LNG is not only growing the fastest, but it has had its best year in terms of tonnage through the canal,” said Deputy Administrator IIya Espino de Marotta.

LNG carriers registered a 31.4% increase in tonnage through the Panama Canal, “representing the largest gain across all segments,” the authority said. LNG in January also had set new annual records for total tonnage and transits in addition to monthly tonnage and transit records, fueled by record winter temperatures in Asia and more export terminals along the U.S. Gulf Coast.

The Panama Canal is the preferred route between the Atlantic and Pacific basins, offering the shortest passageway to Asia, where LNG prices have skyrocketed this year and incentivized more cargoes to journey from North America and other supply sources. Through August, Asia accounted for the majority of all U.S. LNG cargo destinations at 41.8%, according to NGI data.

“Containerships continue to reflect a surge in demand for finished consumer products, as increased purchases during the pandemic stressed supply chains and caused congestion in ports worldwide,” the authority said.

The increase in traffic and tonnage over the last year has created logistical hurdles and at times pushed up natural gas prices. Ships were tied up for longer periods last winter as they traveled farther through the Suez Canal or around the Cape of Good Hope to bypass congestion at the canal.