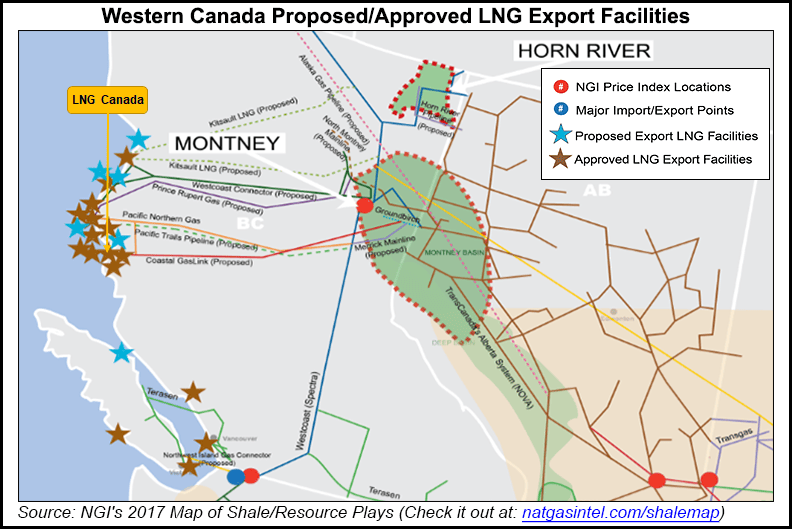 The 12-year assignment includes designing, building and operating escort and harbor tugboats to help with 170 to 350 visits per year by tankers. The traffic volume will vary depending on the size of the ocean-going vessels.

One or two escort tugboats would guide each tanker for 159-mile voyages to the LNG terminal near Kitimat from BC’s Pacific coast. The project plan calls for four harbor tugs to nudge the tankers into and out of LNG loading berths at two docks capable of handling ships up to 1,100 feet long.

The service package includes a Haisla agreement to make marine traffic transit payments to two native tribes along the route to the terminal, Gitxaala Nation and the Gitga’at Nation.

The new Kitimat tugboat fleet is forecast to employ 70 mariners and six onshore staff. “The opportunity to work locally in the marine industry is of great significance to the Haisla people,” said the Kitimat tribe’s chief councilor, Crystal Smith.

“Our agreement with Seaspan ensures our members will have access to employment, training and procurement opportunities on the contract with LNG Canada,” Smith said.

The service contract calls for the tugboats to be built by Vancouver marine architectural firm Robert Allan Ltd. by the time LNG Canada goes into operation in the mid-2020s.