The market dynamics that have helped boost U.S. LNG export projects since the early spring are likely to continue, at least in part, but the next wave of terminal development will have added financing and inflationary hurdles, according to analysts with Poten & Partners.

The Houston-based consultancy has been tracking a flurry of contracting and project development milestones for U.S. liquefied natural gas exporters that has accelerated since Russia’s February invasion of Ukraine. Poten’s Sophie Tan, managing editor, said the boom in activity hit a historical high point in July, with U.S. firms inking a record-breaking total of at least 14 formal and tentative agreements for long-term offtake.

However, Tan said, the majority of the deals finalized in the months after the invasion of Ukraine were the result of years of negotiations. In August, U.S. projects landed around three deals, a sign that contracting could be slowing while buyers and exporters try to adapt to future market implications. 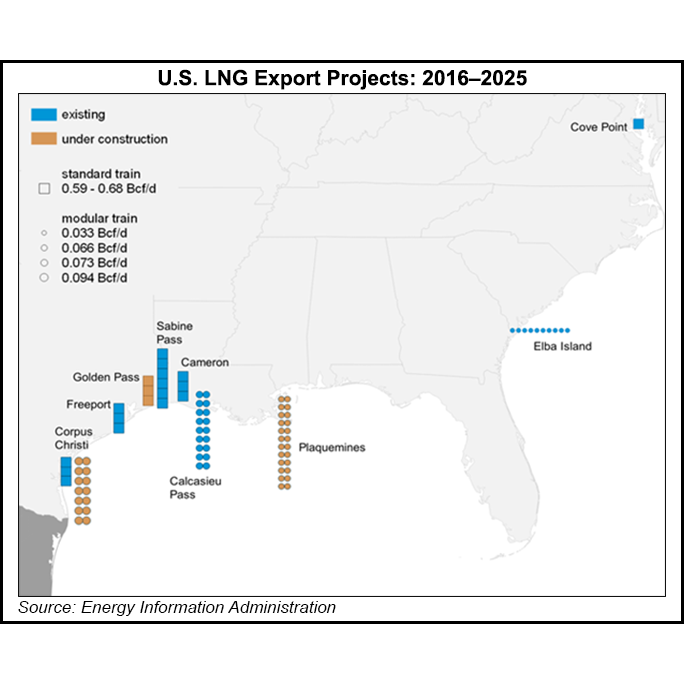 One of the major issues has been the fear of inflation, which Tan said has caused buyers to pause signing contracts for the moment if a project isn’t going to reach a final investment decision (FID) “in the next three months.” Without signs that a company can secure financing, “there’s no point to it because the bid validity” will be outdated before FID is reached due to increasing construction and labor costs.

Tan said that some of Poten’s clients have seen LNG buyers ask for tentative agreements into 2023 that can be formalized when steel prices might begin falling. That also means that projects with FERC regulatory approval are more likely to get the most attention, as the approval process is expected to grow “longer and more expensive.”
That could be good news for developing projects that have already received approval from the Federal Energy Regulatory Commission, but potentially a sign of scarcity for prospective buyers still looking for more U.S. LNG volumes.

Only two major LNG projects in the United States have moved forward this year. Venture Global Inc. was the first company to reach FID this year for its Plaquemines LNG project in Louisiana. It was followed by Cheniere Energy Inc.’s FID for a third expansion of Corpus Christi LNG.

Tan said a vast majority of volumes from approved projects have been snatched up this year, with some developers even overselling capacity in a show of confidence that future expansions could be on the way.

Poten’s Melanie Lovatt, financial advisor, said those future expansions and the added LNG they will bring to the market will likely be more expensive, and not just because of rising material costs.

U.S. LNG developers have secured around $19 billion in financing this year, according to Poten data, one of the strongest years for project funding since 2019. However, as central banks factor in more risk from inflation and a potential global recession, Lovatt said rates have been rising across the board.

She added that financing costs for U.S. producers are still near historically low levels for now, but margins for exporters – and in turn, prices for customers – could be expected to rise as banks try to protect against a chaotic future.

Lovatt said banks also appeared to be concerned about the timeline of funding LNG projects and whether the market will be oversupplied as countries phase out fossil fuels. On the other hand, financiers have embraced renewable projects, including developing industries like hydrogen.

“Some of the margins for these projects – even hydrogen, which is unproven – are coming in lower than for fossil fuels, even fossil fuels like natural gas and LNG,” Lovatt said. “That’s something also to bear in mind, that there is this decarbonization question and that hasn’t gone completely away.”

There could also be rising costs associated with projects sourcing their gas from the Permian Basin. Associated gas produced in the Permian has relatively higher nitrogen content than other plays, Tan said, potentially increasing costs as more nitrogen removal units are required to process the gas before it is liquefied.

While there are still buyers searching for long-term volume commitments, especially in Europe, Tan said they are customers that have traditionally extended negotiation timelines. She said utilities and government agencies that have high bars for contract requirements will still be on the hunt for volumes over the next several years.