The privately held exploration and production company, which already works in the Norge unit in Oklahoma 50 miles west of the new properties, bought the BP acreage for an undisclosed amount. The deal is its eighth in Oklahoma.

“As oil and gas companies continue to shift their capital and focus on fewer areas, they are seeking to divest an increasing amount of their non-core properties,” said co-CEO Eric Mullins. Mullins said the company is optimistic about buying properties from private and large producers, including the majors. BP America is a subsidiary of oil major BP plc.

Co-CEO Charlie Adcock said “over the last several years, we have combined our intensive, low-cost approach with the application of the latest in long-reach horizontal drilling and modern completion techniques. We are looking forward to applying these same processes that we are using in the Permian, Williston, and in the nearby Norge field to these new assets.”

Lime Rock now focuses its efforts in four main regions across six states within the Midcontinent, Permian and Williston basins, and the Gulf Coast/Gulf of Mexico. Natural gas properties include the Cedardale-Laverne play in northern Oklahoma, Denton Creek in the Barnett Shale of North Texas and in the Arkoma, an East Texas property.

Last year Lime Rock entered the Barnett via an agreement to acquire North Texas properties in Montague, Wise, Denton, and Cooke counties for $230 million. In March 2014, Lime Rock made its first foray into North Dakota, acquiring interests in 337 active wells in the middle Bakken and Three Forks plays.

Management seeks to both add acquisitions and operating synergies in its existing areas while selectively expanding its geographic footprint in “attractive new basins.” Properties are targeted with long-term production histories and predictable production profiles.

Since its inception in 2005, the company said it has made more than 25 acquisitions. Established in 1998, Lime Rock Management has raised nearly $9 billion in private equity funds for investment in the energy industry through Lime Rock Resources and Lime Rock Partners, investors of growth capital in exploration and oilfield services companies.

The BP transaction is expected to close in the third quarter, subject to customary closing conditions. 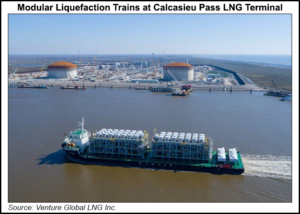