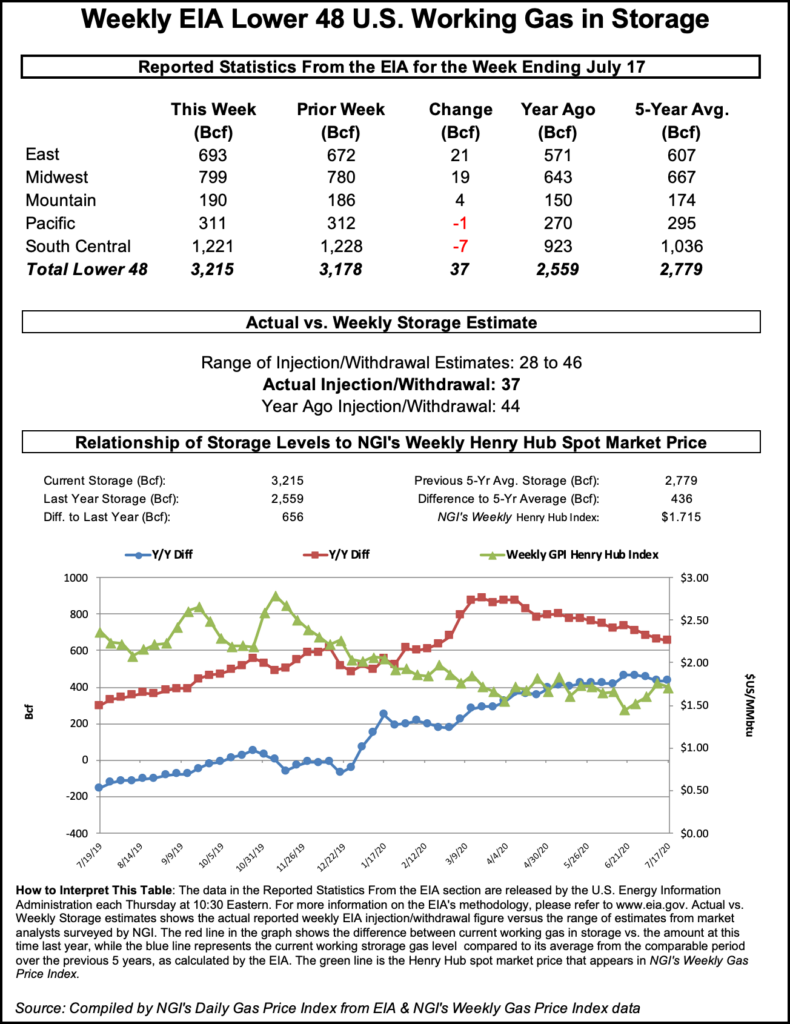 Intense summer heat fueled strong cooling demand during the covered week, as it has for several weeks. “It was hotter than normal over much of the country” during the latest EIA report period, NatGasWeather said.

The EIA report pointed to continued supply/demand realignment this summer after imbalance imposed by the coronavirus pandemic and the economic recession it caused last spring.

“This is a decently tight number in terms of supply/demand balances,” Bespoke Weather Services said.

The forecaster said ongoing above-average temperatures are expected into August and should help to offset light demand for liquefied natural gas. The pandemic weakened European and Asian demand for domestic gas exports.

“Extrapolated forward,” Bespoke said of the injection report, “the balance off this number would likely be sufficient to avoid containment” in the fall, but the result was “not emphatic enough to suggest we avoid continued choppy price action in the near term.”