Liberty Energy Inc. CEO Chris Wright made no bones about prognosticators calling for the demise of oil and natural gas on Monday. 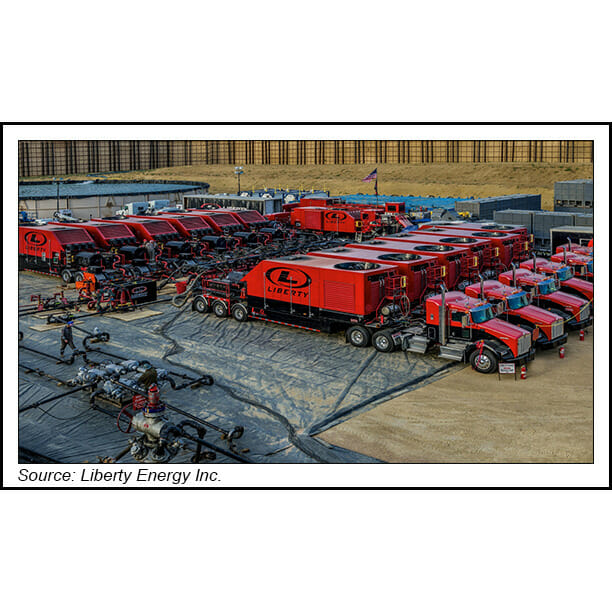 “The energy transition is not happening,” he said in Denver. “This drumbeat is crazy.”

Wright, speaking at the LDC Gas Forum Rockies & West, said demand for fossil fuels is robust and poised to remain elevated for the foreseeable future, given the world’s industrial, transportation and residential energy needs. He also noted that oil and natural gas are used to produce steel, cement, plastics and fertilizer – materials that are vital for the world’s infrastructure and global agriculture production.

Wright said minimizing oil and gas – not to mention ridding the world of the fuel sources – would send the global economy into a tailspin, create widespread energy shortages and plunge swaths of the world into an era of starvation. Without fertilizer created using the hydrocarbons found in fossil fuels, food production could get cut in half.

“Climate change is real. Humans are contributing to it,” Wright said. The effects are gradual and not as severe as activists claim, he noted. Reducing greenhouse gas (GHG) emissions is important and work to that end should continue.

However, calls for an end to oil and gas in the world’s energy mix over a few decades are “massively” unrealistic. The transition, he said, is something that could take centuries.

In the meantime, the Liberty Energy chief said politicians, environmentalists, scientists, industry leaders and others should focus on deploying rapidly evolving technology to continually improve the precision – and safety — at which oil and gas is extracted. They should also galvanize their efforts to find ways to deliver renewable sources of energy more efficiently.

Wright said North American completions expert Liberty, based in Denver, is so confident in demand that it is adding seven fracturing fleets this year.

For example, Wright noted that since the rise of Lower 48 natural gas production in the United States, the country has, on a per capita basis, embarked on a 30-year trend of lower GHG emissions largely because gas steadily supplanted coal.

Still, he said, if the United States or the world as a whole tries to abandon natural gas, it could quickly find itself in the situation in which Europe currently struggles.

Europe, well before the tumult caused by Russia’s invasion of Ukraine, pulled back on natural gas production and found itself desperate for supply from other countries, including Russia.

Other sources of fuel to power industrial plants and heat homes were insufficient. Western Europe has grown dependent on Russia in the years since. Now, with Russia threatening to dramatically curb supplies to Europe amid the chaos of war, Europe is poised to increase coal use to make it through the coming winter, worsening its climate goals, Wright said.

Even with that shift, it may not be enough, said Wright. “Many people will die of the cold this winter in Europe.”

Bold talk about net zero emissions while depleting a market of needed energy “does a disservice to everyone,” he told the audience. It is “not only foolish but it’s immoral.”

More industry leaders and front-line workers, he said, need to speak out about the merits of oil and natural gas. In essence, the industry needs to stand up for its essential role in powering the world and supporting quality of life.

“The world runs on oil and gas,” Wright said. “Nothing is going to change that.” Affordable energy “enables everything we do…It’s the industry that enables every other industry.”

Colorado Oil and Gas Association CEO Dan Haley agreed. He said at the forum Monday that critics of oil and gas have seized upon the industry’s overall hesitancy to defend itself and also to champion its outsized role in the global economy.

Oil and gas, Haley said, are “literally the underpinnings of our modern life.” Renewable fuels “have an important role to play” alongside natural gas and crude. “That is a realistic future.”