Starting the year flush with a $350 million commitment from its backers at Riverstone Holdings LLC, Denver-based Liberty Resources II and a few other private backers on Thursday entered an agreement to buy 53,000 net acres in four counties in the Williston Basin, according to both companies. The purchase price was $455 million. 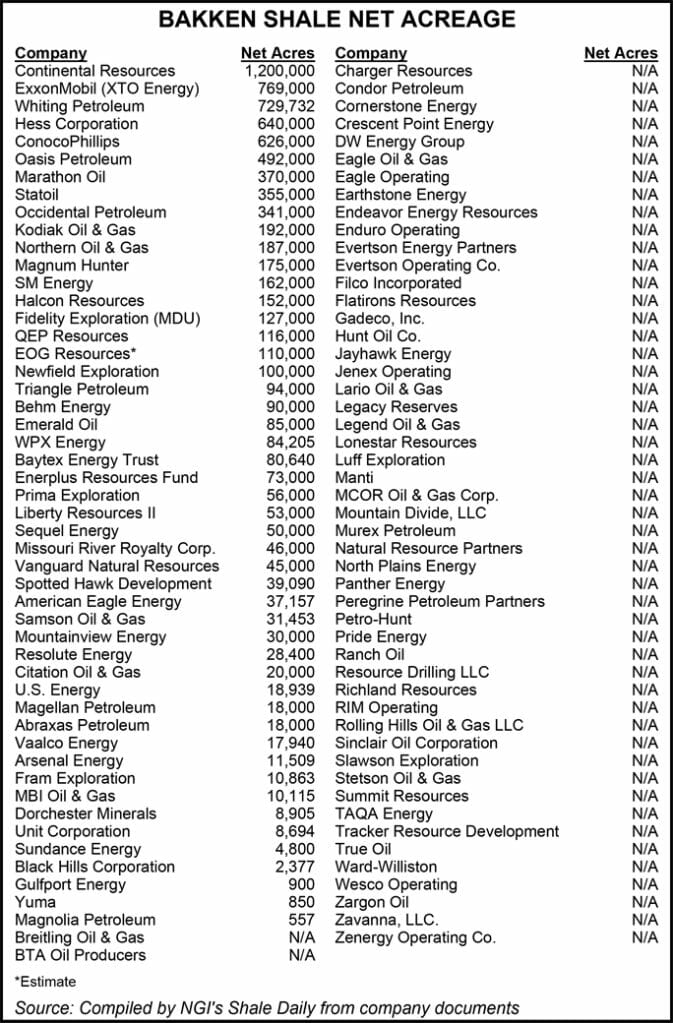 This marks Liberty’s first big purchase since gaining the added backing last November from a combination of Riverstone ($300 million), Oakmont Corp. ($50 million) and additional amounts from Liberty management. Riverstone and Liberty II’s predecessor in the past partnered successfully on 43,000 other net acres in the Bakken.

The properties to be acquired include acreage spread over parts of Williams, Divide, Burke and McKenzie counties, involving more than 4,000 boe/d of oil from the Bakken and Three Forks formations, which Liberty plans to continue to target as it expands its assets in the Williston.

“Liberty realized industry-leading recovery rates in the Bakken due to its application of unique and proprietary completion designs,” said the spokesperson, noting that the majority of those assets were sold to Kodiak Oil & Gas last July for about $680 million (see Shale Daily, July 15, 2013).

Liberty II is led by the same trio of senior executives that ran Liberty before the Kodiak sale.

CEO Chris Wright said Liberty has applied a “unique completions approach” during the past two years, claiming it has resulted in the “highest average production rates” of any operator in the Bakken. The acquisition gives Liberty II access to “highly attractive” parts of the Williston Basin, Wright said.