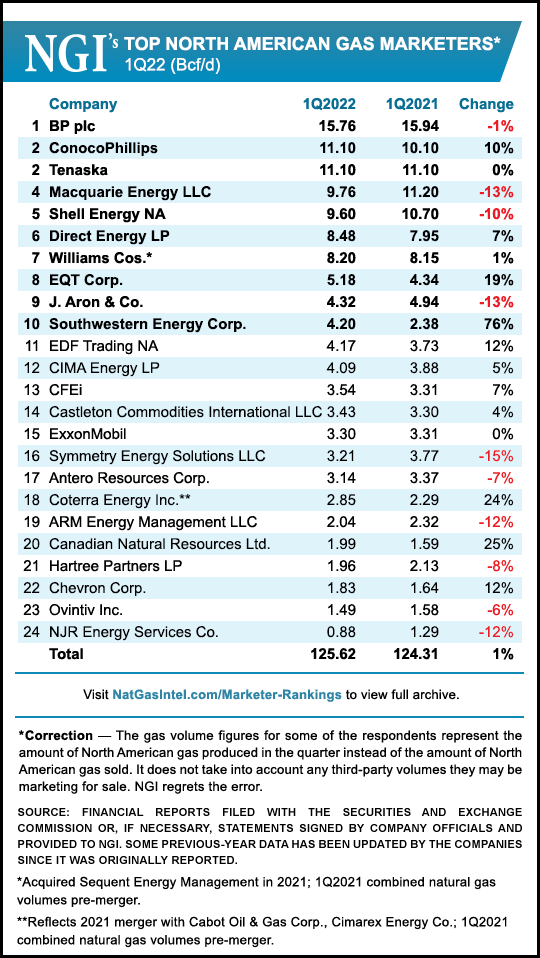 The 24 companies included in the latest NGI Top North American Natural Gas Marketers rankings* reported combined sales transactions of 125.62 Bcf/d for the first quarter, up 1% from 124.31 Bcf/d in 1Q2021.