The U.S. District Court for the Middle District of Pennsylvania has dismissed a lawsuit filed by a small exploration and production company that challenged the authority of the Delaware River Basin Commission (DRBC) to review and approve natural gas drilling in the watershed. 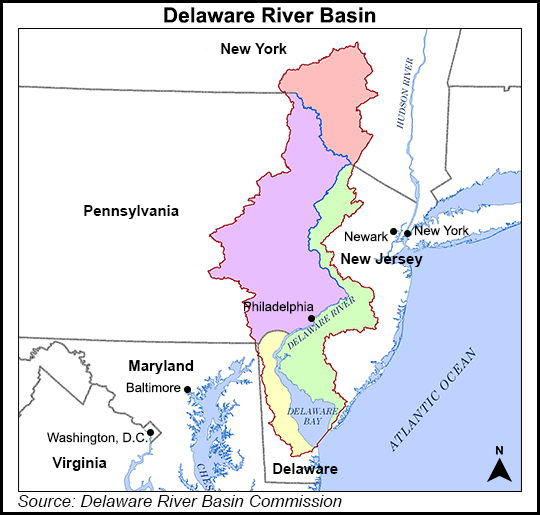 The Wayne Land and Mineral Group (WLMG) filed the lawsuit in May 2016 arguing that the DRBC lacks authority under the Delaware River Basin Compact to review and decide if natural gas development can go forward. The U.S. Congress approved the compact — an agreement among the United States, New York, Pennsylvania, New Jersey and Delaware — in 1961 to better protect the Delaware River watershed. The DRBC oversees and manages water resources in the area.

According to its complaint, the company owns about 180 acres of land in Wayne County, PA, seventy-five of those are located within the river basin. Judge Robert Mariani found that WLMG’s plans for a well pad, an exploratory well and related facilities in the area constitute a project subject to DRBC jurisdiction.

“The allegations set forth in plaintiff’s complaint clearly describe a facility undertaken for the utilization of water resources, since the well pad and related drilling, fracturing and operation of natural gas wells admittedly involve water resources,” Mariani wrote in his opinion. “…Because WLMG’s proposed activities constitute a project within the meaning of the compact, it must comply with the requirements” and submit an application for plan approval.

While it hasn’t received or processed any applications for natural gas development projects in years, the Marcellus Shale underlies about 36% of the Delaware River Basin, which includes parts of Northeast Pennsylvania where shale producers are active.

The DRBC decided in 2009 that all gas drilling in the basin needed to be reviewed, saying it would not approve any development until it adopted new rules governing the industry. Draft regulations were issued in 2010, and revised and published the following year, but the commission has failed to act on adopting the rules, leaving in place a de facto drilling moratorium.

At a meeting earlier this month, the DRBC said it has no plans anytime soon to vote on the draft rules that were published in 2011. WLMG argued in its complaint that the commission is impeding the development of private land and appeasing environmental groups opposed to oil and gas production.

The company’s attorney, Christopher Nestor, told NGI’s Shale Dailythat WLMG would appeal the ruling to the U.S. Court of Appeals for the Third Circuit, saying he was happy to see the matter is finally getting in front of the appellate courts. He declined to speculate about how the appeals court might rule on the case.

The Delaware Riverkeeper Network, an environmental organization that has long been opposed to shale development, was granted intervenor status as a defendant in the case. Riverkeeper Maya van Rossum said the case was a “tremendous success” in establishing that the DRBC does have jurisdiction over drilling projects, but said the commission needs to go further in defending the river basin by putting in place a permanent ban.

The DRBC is still reviewing the opinion and officials are not commenting.