As Latin American nations establish aggressive climate goals, hydrogen is poised to become an important part of the energy puzzle, but numerous operators in the region are thinking bigger and toward the global market. 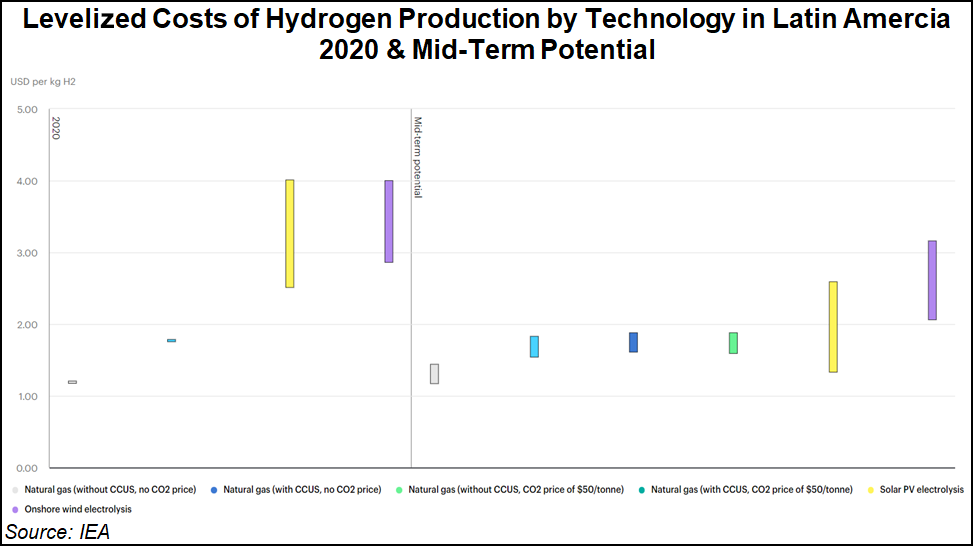 Latin America could become “a key contributor to the global push toward low‑carbon hydrogen,” according to a recent study by the International Energy Agency (IEA). However, it will likely be a decade before meaningful progress is made.

More than 120 countries have so far announced their intention to bring emissions to net zero by the middle of this century, according to IEA, and hydrogen will almost undoubtedly be an important part of this push. The global energy watchdog suggested that today’s early stage technologies including hydrogen will likely need to contribute “almost half of the emissions reductions” in the push to net zero.

Chile was the first Latin American country and one of a dozen globally to publish a national hydrogen plan late last year. The country plans to be carbon neutral by 2050, and “hydrogen is essential” in this goal, energy minister Juan Carlos Jobet said in a recent speech.

In terms of installed capacity, Berkenwald said electrolysis in Latin America should be in the 1 GW scale by 2030 if the announced projects go ahead as planned.