The latest large outlay of state dollars and ambitious goals for creating a hydrogen transportation fueling network seemingly overnight in California comes at a time when there are few hydrogen-powered vehicles and little infrastructure in existence, despite boasts by a former governor in 2006 to have 100 fueling outlets between Los Angeles and San Francisco by 2010. 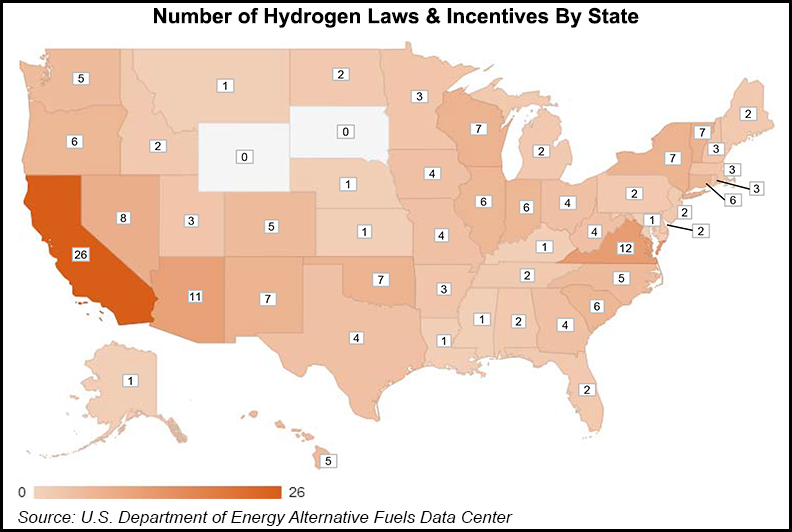 That year came and went, and four years later California has only nine hydrogen fueling stations operating, with 20 more under construction, in addition to 28 proposed facilities that drew funding earlier this month from the California Energy Commission (CEC) (see Daily GPI, July 23).

There are precisely 125 hydrogen vehicles — all passenger cars — operating statewide, a CEC spokesperson said. “The California Fuel Cell Partnership tallies all fuel cell electric vehicles in California, including those with Michigan license plates for demonstration purposes, and its most recent tally is 233,” the spokesperson said.

According to the CEC, each of the 28 proposed stations collectively receiving $46.6 million in funding this week is expected to be operational by Oct. 15, 2015. The completed stations would add a minimum total capacity of 5,030 kilograms/day (kg/d)of hydrogen. That amount of hydrogen could displace more than 4 million gallons of gasoline annually, the CEC estimates.

“The cost of propane stations ranges from $35,000 to $150,000 depending on storage tanks,” said the CEC spokesperson, citing information in the CEC’s 2011-12 investment plan for the alternative/renewable funding program.

Gov. Arnold Schwarzenegger in 2006 painted a bullish picture for the industry in the nation’s most populous state (see Daily GPI, March 15, 2006).

California was “investing millions of dollars” to establish a network of hydrogen fueling stations along its highways, Schwarzenegger said at time, adding that more and more businesses were “proving that hydrogen power is practical, clean and here to stay. We are well on our way to a hydrogen future.”