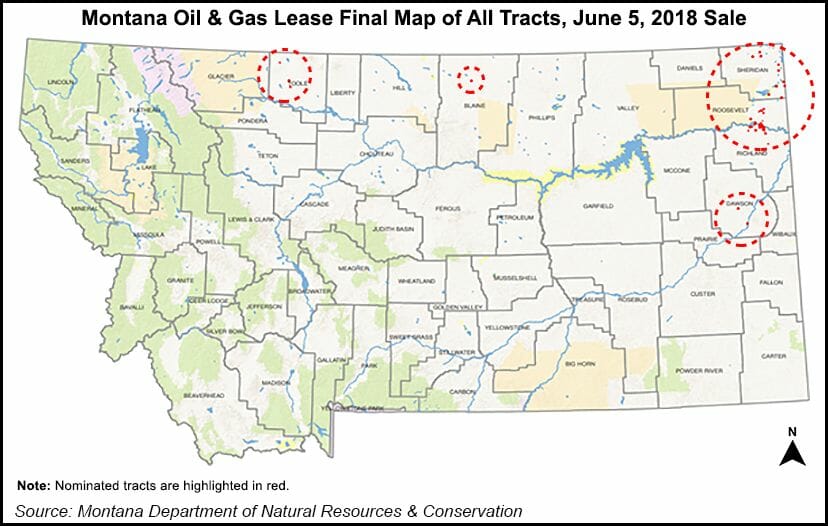 In a 34-page complaint filed in the U.S. District Court for the District of Montana, attorneys for WildEarth Guardians, the Montana Environmental Information Center and the landowners asked the federal court to “void any and all oil/gas leases” that were issued following lease sales held last December and March.

The court filing seeks to force BLM to “take a hard look” at potential groundwater and climate impacts from drilling on federal lands in parts of the Tongue River Valley in southeastern Montana and a parcel next to the Upper Missouri River Breaks National Monument.

This latest legal action is part of ongoing efforts by various groups to oppose the Trump administration’s push to lease ever-larger chunks of federal lands for fossil fuel development. In a case last year that involved the WildEarth group, a three-judge panel of the U.S. Court of Appeals for the Tenth Circuit ruled that BLM failed to adequately consider the carbon dioxide (CO) emissions of four large coal leases in Wyoming’s Powder River Basin (PRB).

In Montana, the groups, and landowners David Katz and Jack and Bonnie Martinell, contend that BLM”s environmental assessment (EA) was inadequate in both lease sales, which involved 145,000 acres. They allege that BLM did not address ” reasonably foreseeable impacts” of drilling on groundwater aquifers or consider mitigation measures to protect drinking water sources. They also challenge parts of BLM’s climate analysis for the two lease sales, saying it failed to calculate cumulative emissions from the leases.

The court complaint accuses BLM of “turning a blind eye to the groundwater contamination and climate pollution” that it contends will result from the leasing being allowed to go through.

Plaintiffs also pointed out that hydraulic fracturing (fracking) in Montana is currently confined mostly to the northeastern part of the state near the North Dakota border in the Bakken Shale. They said the latest lease sales “pave the way” for fracking to spread to other parts of the state.