A legal battle over a Maine Natural Gas (MNG) proposal to build an 80-mile-long natural gas pipeline to Maine’s state capital and the surrounding Kennebec Valley has taken another turn with a lawsuit filed by MNG, which claims a competitor’s previously successful challenge to the project was filed too late.

Summit Natural Gas of Maine Inc. “filed a request for a hearing beyond the statutory 15 days,” according to MNG’s petition, which was filed in Kennebec County Superior Court.

MNG, a company affiliated with Central Maine Power Co. parent company Spain-based Iberdrola USA, is asking the court remand the case back to Maine’s Bureau of General Services (BGS), reinstate BGS’s selection of MNG to build the pipeline system in the Augusta area, or vacate a decision last month by a special state appeal panel that invalidated BGS’s selection.

“The state issued this RFP [request for proposals] two times. We believe we ‘won’ it the first time, and we know we ‘won’ it the second time,” according to Iberdrola spokesman Dan Hucko. “We have to protect our rights, and that’s why we filed this petition with the court.”

In June state officials selected MNG to build the pipeline system. The decision was promptly appealed by Colorado-based Summit, which is in the process of acquiring Kennebec Valley Gas. Summit objected in part because it said its pipeline would create more jobs and serve more communities (see Daily GPI, Aug. 23).

In a decision issued last month, a special state appeal panel invalidated the BGS selection, saying Summit had established “that the awarding of the contract to provide natural gas service to the Augusta/Gardiner area to MNG was in violation of law, contained irregularities that created a fundamental unfairness, and was arbitrary or capricious” (see Daily GPI, Sept. 17). At the time, MNG said it had been informed by BGS that the RFP had been invalidated and no binding award would be made.

MNG’s plan called for a $19.3 million project, which would create 40 jobs during the next two years. Summit estimated its broader-scale project at $150 million would create 435 jobs to eventually serve 15,000 residential and industrial customers by its third year of operation. Summit’s pipeline was designed to run north from the capital to Waterville and terminate at Madison, ME.

“We are proceeding with our plans to build a pipeline to Augusta,” Hucko told NGI Wednesday. “We have all the permits. We have completed all the engineering. We have the funding, and will not ask for tax or other financial incentives. We have the authority to serve. We have PUC [Public Utilities Commission] approved (tariff) rates for our service. This pipeline has sufficient capacity to service the rest of the Kennebec Valley.”

MNG has been meeting with potential key customers and local officials in the Kennebec Valley to explain and solidify its plans, Hucko said. 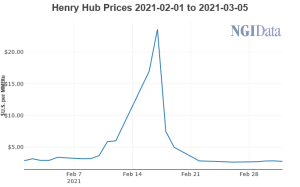