It took one day, but it appeared to have finally dawned on natural gas futures traders that the latest storage data was bullish after all. Though gains were small on Friday, the June Nymex gas futures contract recovered 2.0 cents day/day to settle at $2.931. The July contract ticked up 1.7 cents to hit $2.978. 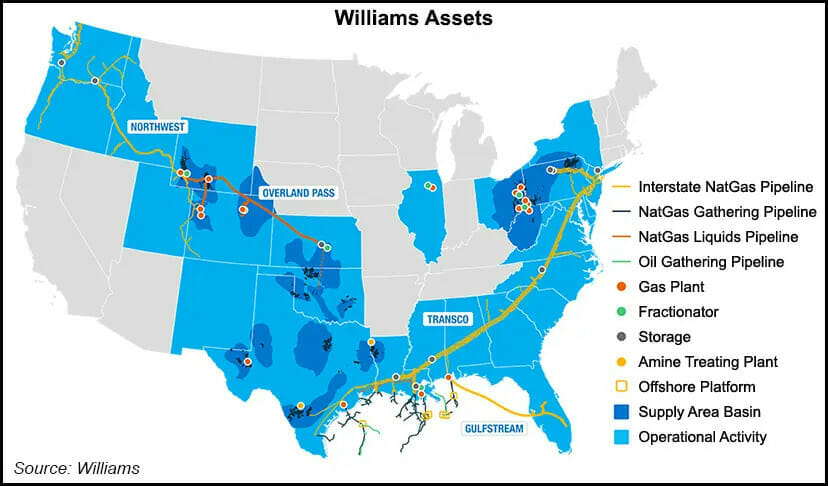 Spot gas prices, however, continued to retreat amid the mostly mild weather pattern expected across the country for the next few days. NGI’s Spot Gas National Avg. slipped 7.5 cents to $2.605.

Thursday’s Energy Information Administration (EIA) storage data made a lot of headlines after the agency reported a 15 Bcf injection into storage inventories for the week ending April 23. That’s largely because the build was several Bcf higher than consensus.

However, what the market’s reaction to the EIA figure failed to illustrate was that the 15 Bcf injection resulted in a substantial expansion of year/year deficit. The build also flipped the five-year average to a 40 Bcf shortfall.

“It is first important to highlight the fact that the 15 Bcf build was the smallest build in the past 20 years for the third week of April,” said Mobius Risk Group. “Willingness to overlook this historically small build, and the 51 Bcf shortfall compared to the same week last year, was surprising.”

Wood Mackenzie noted that balances in April were much tighter than last year, largely because of the extreme impacts that Covid-19 had on demand. Still, supply/demand balances tightened up over the course of the summer and could paint a far less rosy picture in due time.

Nevertheless, U.S. storage inventories aren’t expected to improve much in May and could help keep prices afloat.

The chances of a triple-digit build appear to be dwindling, and the next EIA print could expand the deficit further. EBW Analytics Group said the next five EIA storage reports could average 96 Bcf/week.

The firm’s analysts agreed that favorable year/year comparisons are to come quite easy in the coming months, with LNG demand alone potentially averaging 6.1 Bcf/d higher year/year. This could add almost 750 Bcf of gas demand.

However, the stark increase in LNG exports is seen as “a key factor in doubling the projected year/year natural gas storage deficit to 600 Bcf by late August, catalyzing renewed upward momentum for Nymex futures,” EBW said.

Three natural gas-fired power plants have been placed into operation over the past three years to help support the electric supply needed by New York City that Indian Point had been providing, according to EIA.

EBW said the nuclear facility’s retirement would likely increase the call on natural gas-fired generation by nearly 0.2 Bcf/d. Through the end of the injection season, the shutdown of Indian Point Unit 3 alone could add 35 Bcf of local power sector demand.

All these factors would bode well for prices. However, that’s not to say there won’t be some hiccups along the way, particularly in the near term.

NatGasWeather said weather models were showing cooler-trending weather systems moving across the central and northern United States by the middle of the week. The chilly weather was seen driving national heating degree days (HDD) to 20-30% greater than normal.

“But again, this late in the season, HDDs just won’t drive as much demand compared to core winter, and where we believe the natural gas markets would prefer hotter trends over colder trends to suggest summer heat will arrive early,” NatGasWeather said.

The lack of meaningful demand across most of the country was evident in Friday’s cash trading, where a host of pipeline maintenance events had little impact on prices.

The most noteworthy pipeline work was to take place on Transcontinental Gas Pipe Line, aka Transco, beginning Saturday. The monthlong maintenance event at the Leidy Hub is associated with the Leidy South expansion. It has the potential to curtail around 750 MMcf/d of production in the area, according to Wood Mackenzie.

The second phase of the expansion project would add by December the remaining 457 MMcf/d of incremental  firm transportation from the Leidy Hub and Zick interconnect to River Road.

During the system outage, receipt and delivery meters associated with Leidy Dominion, Leidy National Fuel, Wharton N Penn and Wharton Nat Fuel are not available for physical flow to or from the Transco system, Wood Mackenzie said. The most significant impacts based on the past 30-day average volumes were expected at the Leidy-Dominion and Leidy National Fuel interconnects, which have been posting net deliveries onto Transco of around 490 MMcf/d and around 152 MMcf/d, respectively.

“To balance flows in the area, Transco will need to reduce receipts onto the pipeline upstream, either through rerouting or shutting in production,” Wood Mackenzie analysts said.

There are reroute options available for producers, and Transco could also balance flows in the region by delivering more gas to other pipelines.

Despite the potential supply drop in the region, spot gas prices in both the production basin and downstream in the Northeast plunged. Transco-Leidy Line cash was down $1.260 day/day to average 91.0 cents for the three-day period through Monday. Transco Zone 6 non-NY fell 41.0 cents to $1.920.

Elsewhere across the Lower 48, spot gas losses were much smaller.

Meanwhile, Northern Border Pipeline Co. was scheduled to begin planned maintenance on Monday (May 3) that could limit up to 125 MMcf/d of deliveries to a citygate in Hancock County, IA. The work was expected to continue through May 13, restricting all deliveries at the Yale citygate. Wood Mackenzie said deliveries have averaged 59 MMcf/d and maxed at 125 MMcf/d.

Henry Hub was one of a handful of locations in South Louisiana to recover some of Thursday’s declines, with spot gas trading 3.0 cents higher at $2.875 for gas delivery through Monday.

Texas points also put up small gains. However, Waha dropped 11.5 cents day/day to average $2.585, in line with some of the price decreases seen in Southern California.