The U.S. Energy Information Administration (EIA) reported an injection of 93 Bcf into natural gas storage for the week ending June 5, a print on par with expectations but that failed to impress. Nymex natural gas futures hovered in positive territory early Thursday but gave up early gains after the report. 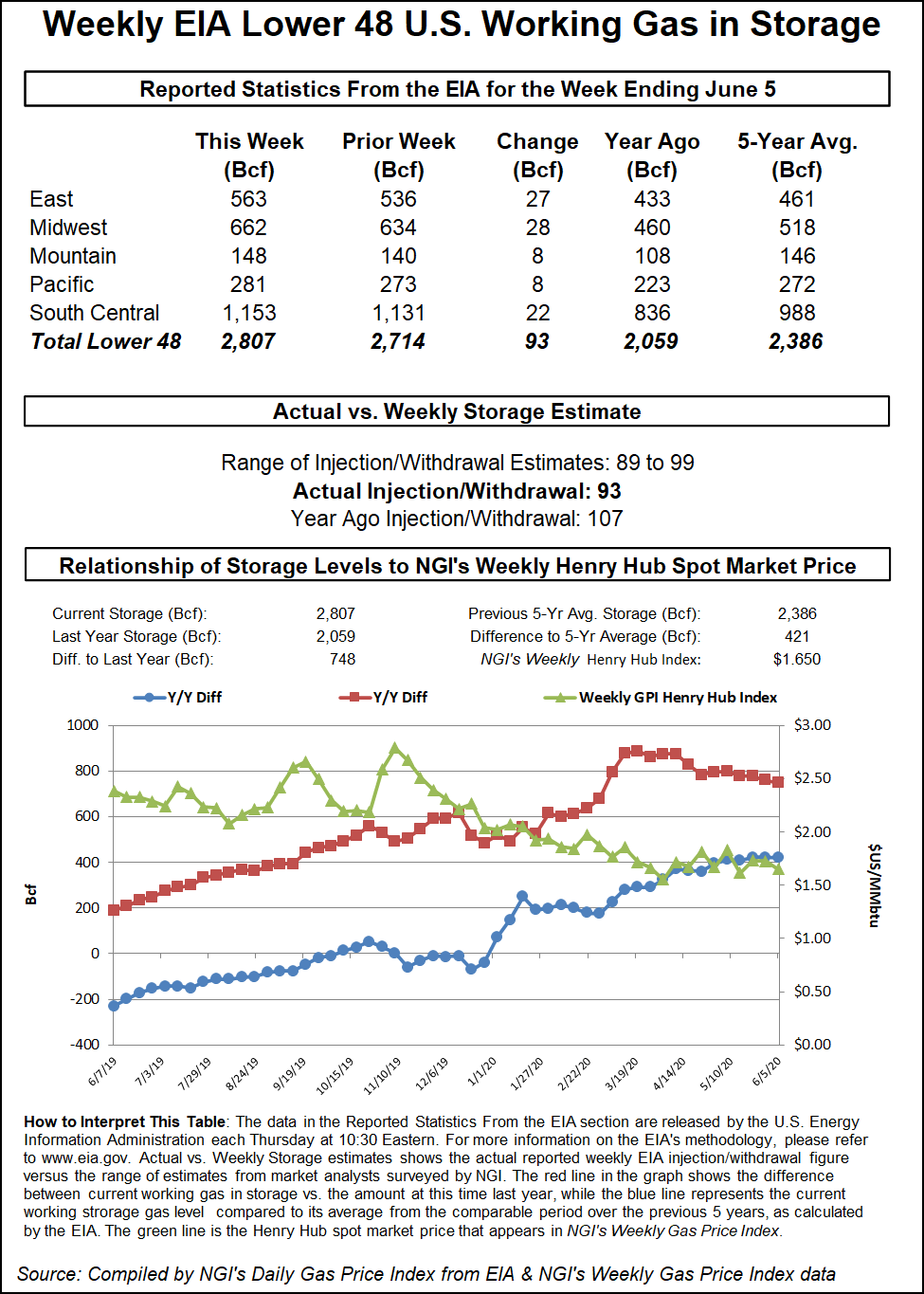 The latest build was notably lower than the prior week’s injection of 102 Bcf but roughly in line with the average of previous years.

The 93 Bcf injection compares with the 107 Bcf increase in storage recorded in the same week a year earlier and the five-year average build of 94 Bcf.

Analysts said the latest injection suggests that supply and demand, while far from aligned largely because of the pandemic, may be gradually tightening with modest recovery in commercial and residential energy use as coronavirus-related restrictions are lifted and as summer heat sets in. However, many are hoping for more than gradual progress.

The injection reflects “tighter balances than we have seen in many weeks,” but “demand has to again pick up more slack to maintain the balance,” Bespoke Weather Services said.

It is “going to be tough to erase surpluses ahead of winter at this rate,” said one participant on The Desk’s online energy platform Enelyst.

Prior to the report, a Bloomberg poll of nine analysts found injection estimates ranging from 91 Bcf to 99 Bcf, with a median of 94 Bcf. A Wall Street Journal survey produced an average of 93 Bcf. NGI estimated a 96 Bcf build.

The latest build lifted inventories to 2,807 Bcf, above the year-earlier level of 2,059 Bcf and above the five-year average of 2,386 Bcf.

By region, the Midwest and East led with builds of 28 Bcf and 27 Bcf, respectively, according to EIA. The South Central build was 22 Bcf, which included a 19 Bcf injection into nonsalt facilities and a 4 Bcf build in salts. Pacific and Mountain inventories each grew by 8 Bcf.