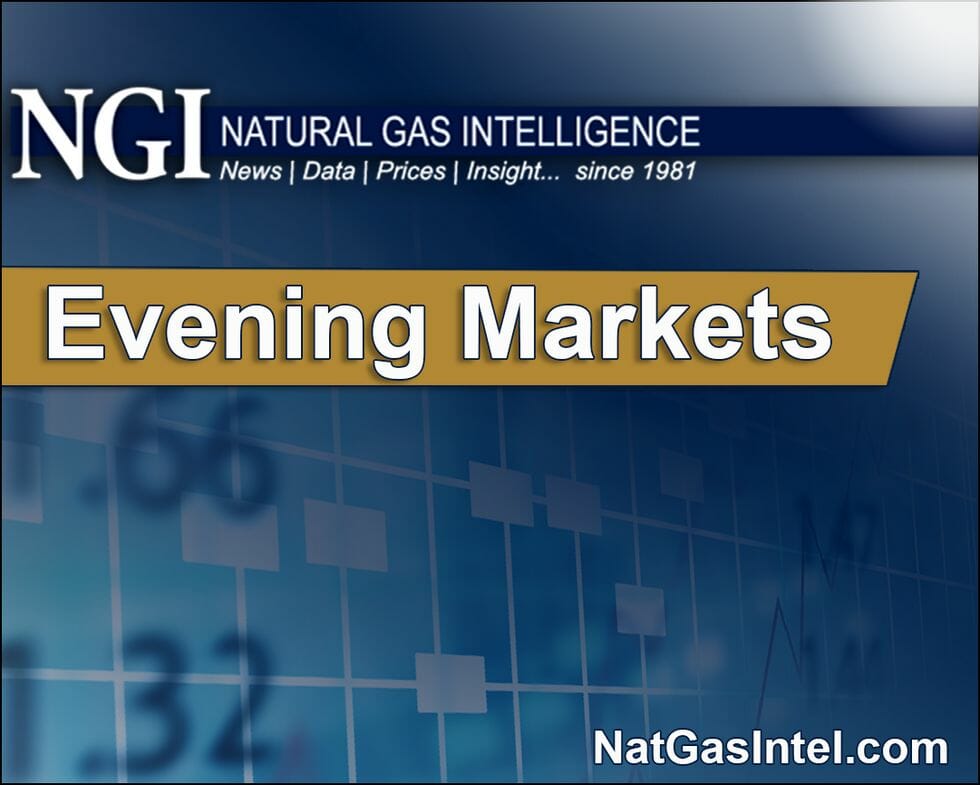 Weather models showed “a slightly faster return of heat from the Midwest to Northeast next weekend into the following week,” Bespoke Weather Services said. “This progression generally fits with what we see in analog years when transitioning into a La Niña base state, with the most favored areas for anomalous heat in July being in the Midwest and Northeast.

“We still are not seeing the South involved in terms of above-normal temperatures,” the firm added. But national gas-weighted degree days “are easily projected to run above normal over the next two to three weeks. The pattern should become more conducive for tropical activity in early July as well.”

Beyond the brightening weather picture, however, new catalysts for gas prices remained elusive. Production data were stable and LNG volumes continued to prove anemic, at around 3.8 Bcf, as European and Asian demand for U.S. exports remained soft amid slow economic recoveries from virus-imposed recessions.

“We remain mired near the bottom of the continuous prompt-month trading range,” Bespoke said, “and see little reason as of right now to think the range will not hold.”

That noted, there are signals of improvement on the horizon, the firm added, including data that show European Union (EU) storage injections nearly 5 Bcf/d below normal in June.

“Continued injections at that pace versus normal would put EU storage below last year by the end of October,” Genscape said. “Reduced pipeline flows into Europe have played a big role in bending the EU storage curve.”

EBW Analytics Group noted that European gas prices have rallied in June on the tightening conditions.

“LNG cargo cancellations may accelerate tightening into mid-summer. In addition to favorable movement in price spreads, potential increases in floating LNG storage this fall may help U.S. LNG exports rebound from current paltry levels in September and October,” the firm said. “While LNG feed gas demand may remain weak for another six to 10 weeks, any uptick in LNG demand could help spur a strong late summer or early fall rally in Nymex futures.”

“From a demand perspective, the main driver behind growing U.S.-to-Mexico flows remains the electricity sector.” Mexico’s demand seasonality is inverse to that of the United States’ and is “driven by power demand for home cooling,” Genscape said.

The most recently reported levels exceed that of mid-March, prior to Mexican government restrictions that were put in place to slow the spread of the virus. But, the firm said, the summer-to-date average of 4.9 Bcf/d is still 400 MMcf/d behind summer 2019.

On Thursday, the U.S. Energy Information Administration’s (EIA) latest storage report showed an injection of 85 Bcf natural gas storage for the week ending June 12, in line with the averages of major polls. The result was lower than the 111 Bcf build during the same week a year earlier and was below the five-year average build of 87 Bcf for that week.

Excluding weather-related demand, the storage build implied that market demand has averaged 0.6 Bcf/d tighter over the past four weeks, according to Raymond James & Associates analysts.

But the print failed to spur prices upward on Thursday. The latest injection lifted inventories to 2,892 Bcf, above the five-year average of 2,473 Bcf. With modest overall heat this week, many analysts are looking for a substantially higher injection in EIA’s next storage report.

Analysts at Tudor, Pickering, Holt & Co. (TPH) said their preliminary storage forecast a return to triple digits with an injection of 101 Bcf.

If that proves on target, it “would be the second largest build for the same time period in the last 10 years,” TPH said. “With LNG settling into a new range around 3.8 Bcf/d, the return of associated supply is the variable to watch and will likely need to be offset by above-normal weather.”