A federal judge has denied a motion by two environmental groups to enforce a remand order that would have halted oil and gas drilling on thousands of acres in Wyoming, with a warning to officials at the Bureau of Land Management (BLM) that the court will not hesitate to issue such an order if they do not meet their regulatory obligations. 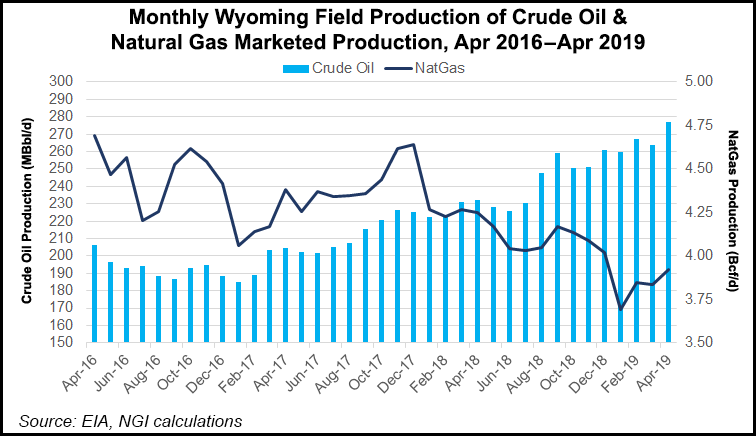 In the U.S. District Court for the District of Columbia in March, Judge Rudolph Contreras placed a temporary halt to drilling on more than 300,000 acres in Wyoming, causing heartburn among state and industry officials.

Contreras agreed, finding that BLM had violated the National Environmental Policy Act (NEPA) because it “failed to take a ‘hard look’ at greenhouse gas emissions” for 303,000 acres offered in five lease sales between May 2015 and August 2016.

Contreras remanded nine EAs and FONSIs associated with the Wyoming sales back to BLM to satisfy NEPA obligations, and enjoined BLM from issuing applications for permits to drill or authorizing any new drilling on the leases.

Contreras did not vacate the leases “in light of the serious possibility that BLM may be able to substantiate the conclusions drawn” in the EAs and FONSIs conducted by the agency.

Weeks later, BLM said it had complied with the order by performing supplementary analysis of the Wyoming leases, and was granted permission to also revisit analysis of acreage in Colorado and Utah. The environmental groups countered with a motion to block the Colorado and Utah analysis until the court determined if the Wyoming remanded analysis complied with NEPA, and a second motion to enforce the earlier remand order.

In an opinion issued Friday, Contreras denied both motions, but he warned BLM that the decision did not lesson the agency’s “obligation to issue EAs and FONSIs that comply with NEPA’s requirements for all of the Wyoming, Colorado, and Utah leases at issue in this lawsuit.” Contreras said the groups could supplement their complaints if they want to challenge BLM’s new NEPA analysis regarding oil and gas drilling on the Wyoming leases.

“In addition, if it is appropriate to do so at a later stage, the court will not hesitate to unwind any improper grants of authority to drill on the Wyoming, Colorado, or Utah land,” according to Contreras’ opinion.

“The court accordingly encourages BLM to refrain from investing resources and approving any [applications to drill] or otherwise authorizing new oil and gas drilling on the Wyoming, Colorado, or Utah land until it is far more certain that they are supported by adequate NEPA review. Any such investments in resources by BLM, or private oil interests for that matter, may prove foolhardy if BLM’s new decisions are subsequently vacated rather that remanded.”

The case could have wider implications for oil and gas drilling in the West. Court records show the plaintiffs have challenged BLM’s approval and issuance of 473 leases totaling more than 460,000 acres in Colorado, Utah and Wyoming. The leases were sold through 11 different lease sales.

The case could also impact the Trump administration’s “energy dominance” agenda, which includes support for robust domestic oil and gas drilling. WildEarth Guardians was critical of the Interior Department’s decision in January 2016 to initiate a multi-year process to study GHG emissions and climate impacts for its coal leasing program, but did not extend the study to BLM’s oil and gas leasing program.