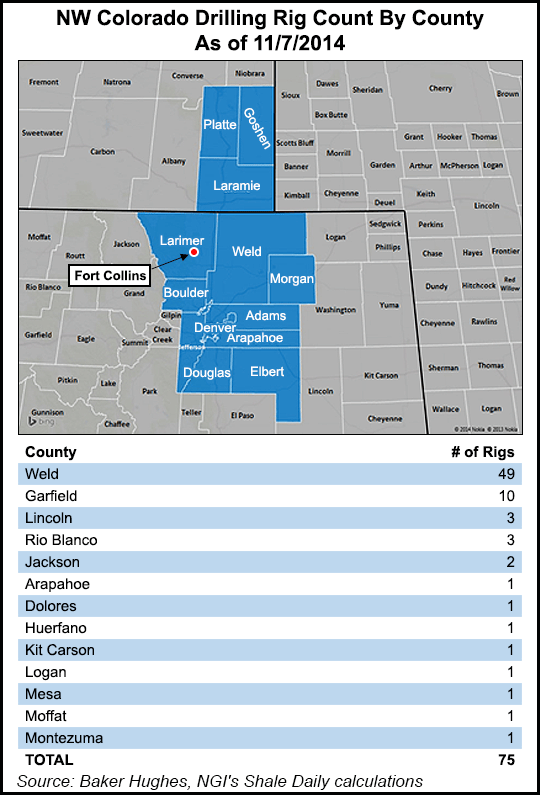 The industry association said that an ongoing process for negotiating local agreements between cities and oil/gas operators is working, and further political and legal actions at the local level are not needed.

Lammons ruling overturning the city’s ban specifically did not include a stay pending appeals, and that is what Fort Collins’ attorneys subsequently requested, but in a two-sentence ruling the judge denied the request.

“As each legal challenge is resolved cities and industry can focus more resources and energy on the important work of community engagement and responsible energy production,” said COGA CEO Tisha Schuller.

Schuller pointed out that in his August ruling, Lammons clearly stated that the Fort Collins ban “substantially impedes the state’s significant interest in fostering efficient and equitable oil/gas production,” and therefore he concluded that the city ordinance is “impliedly preempted by [state law].”

“Colorado courts have spoken repeatedly in the last six months declaring bans on hydraulic fracturing to be illegal,” Schuller said. “COGA has engaged with more than 35 communities across the state to develop various forms of local agreements to develop oil and gas resources safely and responsibly. The process is working, and it is a process the City of Fort Collins itself used. Using precious taxpayer resources to try to uphold an illegal ban does not well serve the citizens of Colorado.”

Including the decision regarding Fort Collins, three local bans in Colorado have been overturned by state courts in the last four months (see Shale Daily, Aug. 28). In the meantime, the 19-member citizen task force conceived by Gov. John Hickenlooper is meeting monthly to come up with legislative recommendations to address the local control issues on a statewide basis (see Shale Daily, Sept. 28).