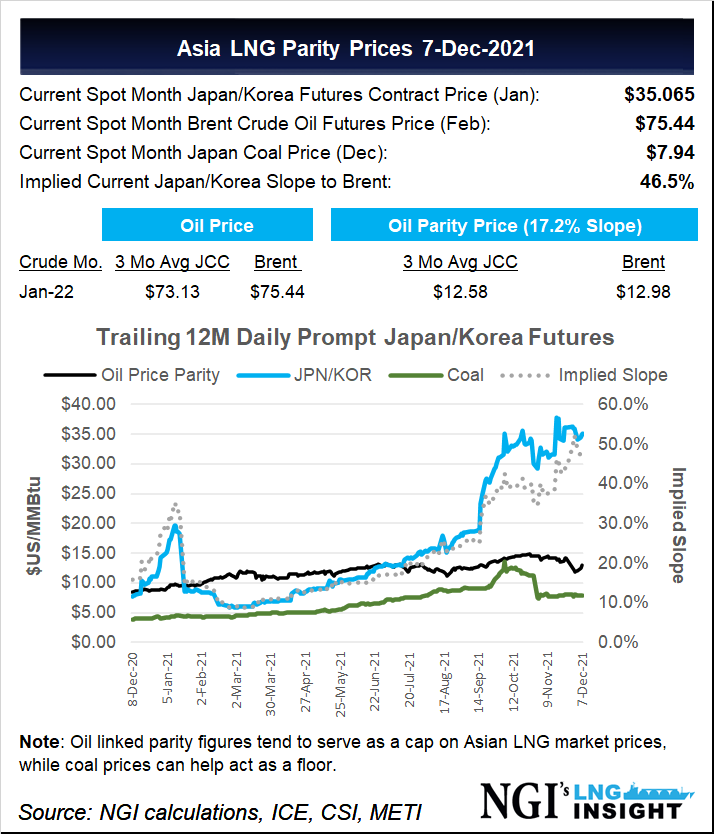 Santos Ltd. sanctioned the $3.6 billion project earlier this year to develop the Barossa field to supply the Darwin LNG export terminal. The Bayu-Undan field currently supplying the terminal is expected to stop producing within a few years.

The deal is expected to be completed in the first half of next year and would have an effective backdate of March 2020. Jera would pay Santos $300 million for its share of capital expenditures on the project from the effective date.

“Barossa is one of the lowest-cost, new LNG supply projects in the world and will provide Santos and our partners with a competitive advantage in a tightening global LNG market,” said Santos CEO Kevin Gallagher.

If Jera takes the 12.5% stake, Santos would operate the field and hold a 50% stake in the Barossa project. South Korean energy company SK E&S Co. Ltd. would hold 37.5%.

The project would link the Barossa field with Darwin LNG by pipeline. First LNG is expected in 2025. Jera would receive roughly 425,000 metric tons/year of LNG from the Barossa project, which would be equivalent to its equity stake. The company also holds a 6.1% stake in Darwin LNG.

Barossa would include a floating production, storage and offloading vessel, as well as subsea production wells and a gas export pipeline tied into the existing Bayu-Undan to Darwin pipeline. The project also includes a $600 million investment to extend the life of the 3.7 million metric tons/year Darwin plant by about 20 years.

Santos also is exploring the viability of repurposing the existing Bayu-Undan facilities and using the reservoir for carbon capture and storage (CCS).

“Barossa works well as part of our strategy to secure ongoing and reliable LNG supplies, and the agreement reflects the ongoing global importance of LNG as a transitional fuel,” said Jera Managing Executive Officer Yukio Kani. “In addition, Jera will also work with its partners to study the development of zero-emission projects and to evaluate CCS projects. Through these initiatives, Jera will evaluate opportunities for the reduction of carbon dioxide emissions from the Barossa project with the partners.”

Jera recently acquired a 25.7% stake in the Freeport LNG export terminal in Texas for $2.5 billion.

The deals have been cut in a tight market, where supply shortages, inclement weather and rebounding demand have pushed prices to record highs this year. Japan is one of the world’s largest LNG importers. Demand for decarbonization and stable energy supplies is also growing across Asia and natural gas is expected to play a key role.

Elsewhere in Australia on Wednesday, ConocoPhillips said it intends to exercise its preemption right to purchase up to an additional 10% shareholding interest in the Australia Pacific Liquefied Natural Gas (APLNG) joint venture from Origin Energy for up to $1.645 billion.

APLNG, a partnership between ConocoPhillips (37.5%), Origin (37.5%) and China Petroleum & Chemical Corp., aka Sinopec (25%), supplies LNG to long-term buyers in China and Japan, and is the largest natural gas supplier to Australia’s East Coast domestic market.

Under the proposed transaction, ConocoPhillips’s stake would increase to 47.5% and Origin’s would be reduced to 27.5%.

The asset sale is set to close in early 2022, ConocoPhillips said. The assets being sold produced about 50,000 boe/d during the first nine months of 2021, and had proved reserves of about 85 million boe as of end-2020.

CEO Ryan Lance said ConocoPhillips “will effectively deploy the proceeds from the sale of our Indonesia assets” toward the additional shareholding interest in APLNG.

APLNG, meanwhile, “will continue supplying customers in the Asia Pacific region with reliable energy” that is lower in greenhouse gas intensity than many of the alternatives, “and thus help meet energy transition pathway demand for years to come.”

Andrew Baker contributed to this story