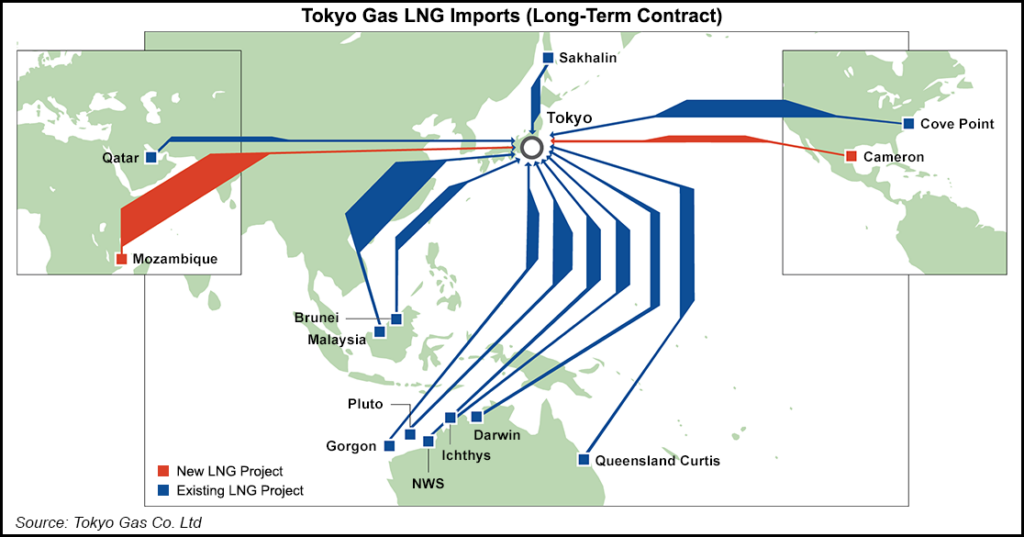 Japan is the world’s largest LNG importer. The country took in nearly 77 million tons of the super-chilled fuel in 2019, or more than 20% of all global imports, according to the International Group of Liquefied Natural Gas Importers.

The announcement is the latest in a series across the global gas industry aimed at appeasing rising demand for cleaner energy products as governments and industries look to curb their environmental footprints. In the LNG sector, supply contracts, cargo deliveries and new liquefaction plants are all being geared toward the energy transition.

Tokyo Gas began importing carbon-neutral LNG in 2019 and became the first company in Japan to supply customers with the differentiated product.