A federal appeals court in Washington, DC, has rejected a motion by the Environmental Protection Agency (EPA) to dismiss a case brought by independent producers alleging that the agency failed to go through the proper channels to regulate diesel fuel used in the hydraulic fracturing (fracking) process.

The Independent Petroleum Association of America (IPAA) challenged a statement, which was posted to the EPA website last June, requiring producers that use diesel fuel in fracking of shale natural gas rock to receive prior authorization under the U.S. Underground Injection Control program of the Safe Drinking Water Act of 1974 (SDWA.).

It “was not done through [a] federal notice; it was just posted on [the EPA’s] website,” said Matt J. Armstrong, associate with the Washington, DC-based law firm of Bracewell & Giuliani.

The Energy Policy Act of 2005 exempted the practice of fracking from regulation by the federal government. However the SDWA still bars fracturing with diesel fuel without prior oversight. Like Armstrong, the IPAA took issue with the agency’s failure to follow the proper rulemaking process in seeking to require permitting for producers who use diesel fuel, said Lee Fuller, the IPAA’s vice president of government relations.

The court has now asked the IPAA and the EPA to file briefs on the merits of the case.

Producers inject fluids thousands of feet underground into shale rock, fracturing it and providing channels for natural gas to travel up the wellbore.The fluid mixture is 99% water and sand with about 1% additives that serve important functions such as inhibiting corrosion and discouraging bacteria growth, producers say. 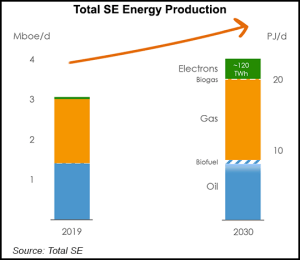