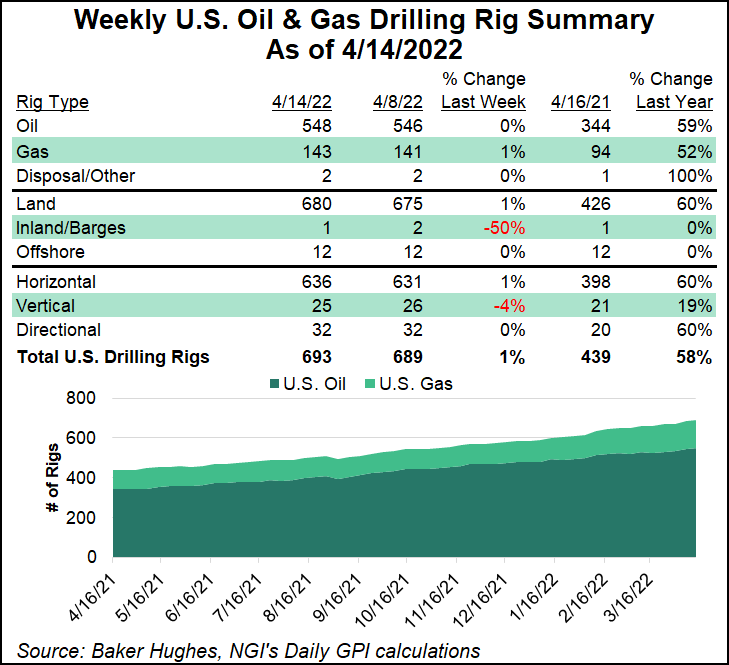 The White House said it would resume selling leases to drill for oil and gas on federal lands, though the number of acres available declined dramatically and it will cost drillers more to work on public property. Auctions are expected to start later this year.

The Interior Department’s Bureau of Land Management (BLM) is planning to release a sale notice for leases to drill on 144,000 acres of government land this week. However, that level marks an 80% reduction in available land for leasing when compared with a previous federal leasing plan.

Energy companies also would have to pay higher royalties for the oil and gas they cull with new leases. The royalty rate is climbing to 18.75% from 12.5%.

“How we manage our public lands and waters says everything about what we value as a nation,” said Interior Secretary Deb Haaland. “For too long, the federal oil and gas leasing programs have prioritized the wants of extractive industries above local communities, the natural environment, the impact on our air and water, the needs of tribal nations, and, moreover, other uses of our shared public lands.”

Haaland said Interior has begun “to reset how and what we consider to be the highest and best use of Americans’ resources for the benefit of all current and future generations.”

The Biden administration is attempting to strike a balance between its long-term environmental protection goals and a near-term need to ramp up production to tamp down lofty prices. The president’s new lease sales approach is an attempt to target the lands with the greatest potential while minimizing impacts on wildlife habitats and environmentally sensitive communities.

This comes amid the war in Ukraine and resulting hits to Russian exports. Global markets in recent weeks have seesawed on supply worries.

In response, President Biden vowed to unleash 1 million b/d from the U.S. Strategic Petroleum Reserve for the next six months. Other countries collectively promised to release 60 million bbl as part of a plan overseen by the International Energy Agency.

At the same time, U.S. exploration and production (E&P) companies have gradually ramped up output in recent weeks. U.S. production for the week ended April 8 held even with the prior week at 11.8 million b/d — after hovering around 11.6 million b/d through most of February and March.

Against that backdrop, the BLM this week resumed the lease sales process after a long delay to review the merits of drilling on public lands. It marks the first round of onshore lease sales under Biden, who took office in January 2021.

Industry groups welcomed the resumption but balked at the relatively small scale of the planned sales.

“While today’s announcement is a step in the right direction, to really unleash American energy, the Biden administration should continue to hold ongoing lease sales” and “issue permits more expeditiously,” said CEO Anne Bradbury of the American Exploration and Production Council (AXPC).

She noted that, because of regulatory hurdles and work required to launch exploration efforts, it would take several months before the new leasing would impact supplies.

On the flipside, Biden faced immediate blowback from environmentalists. During his campaign to become president, Biden had called for an end to drilling on federal lands.

The Center for Biological Diversity (CBD), for one, said the shift violates a Biden campaign promise and thwarts his pledge to reduce greenhouse gas emissions.

“The Biden administration’s claim that it must hold these lease sales is pure fiction and a reckless failure of climate leadership,” said CBD’s Randi Spivak, public lands director. “It’s as if they’re ignoring the horror of firestorms, floods and megadroughts, and accepting climate catastrophes as business as usual.”