The possibility of a quick-fix, interim settlement that wouldopen up receipt points on the Southern California Gas Co.transmission system emerged as the only positive development fromanother round of all-party talks last week, according to one of themajor shippers attending the session. It came at the conclusion ofthe all-day session in a downtown LA hotel. Talks are expected toresume Sept. 23, with a counter-proposal from Enron being offeredfor discussion prior to a SoCalGas all-parties meeting. Othermeetings among some of the parties will be held Sept. 15.

“They could implement something as a ‘quickie’ via advice letter[to state regulators] and take some of the pressure off the talks,”said a large shipper on the Kern River Pipeline system. “It justmay work in a couple of weeks.” Based on reports from theconfidential discussions, the interim proposal would open receiptpoints along the SoCalGas system and leave them open to the maximumlevel with large penalties for inflating nominations. “The marketwould basically decide what they have to do,” said the largeshipper. “If abusers begin to do the usual over-nominating, theywould be revealed pretty quickly.”

Also attached to this interim change might be the addition of atleast one new receipt point on the SoCalGas system at a point usedinternally by the large gas-only utility. It is called Hector Roadin the eastern part of SoCalGas’ territory near the transmissionpipelines coming in from the Arizona border. A consultant for oneof the interstate pipelines noted that while “not as much progresswas made as the parties would have hoped for,” SoCalGasdemonstrated that it is “not dragging its feet, and is seriouslycommitted to trying to get things done.” Having said that, the sameinsider said some of the proposals being floated could disadvantageexisting interstates.

A lot of the focus has been on the Wheeler Ridge receipt pointin the Bakersfield area where Kern River, Mojave and PG&Einterstate pipelines interconnect, along with Elk Hills lines.However, Enron’s principal concern is where Transwestern’s pipelinecomes into the state at the Arizona border near Ehrenberg.

Since different parties and groups of parties have such widelydiffering interests, observers are skeptical about the possibilityof a true all-party settlement and a more consistent gastransmission and storage system inside the state. “Real marketpricing for a cost-based public utility like SoCalGas does notnecessarily work for everyone,” said the interstate pipelineconsultant.

Representatives for the city of Long Beach municipal gasutility, a wholesale customer, raised issues regarding wholesalerswho have firm rights on the interstate pipelines upstream and corecustomers depending on them downstream. How do the proposedsettlement changes affect their rights and responsibilities beforeand after the SoCalGas system? No one reportedly had any goodanswers.

With two more months of breathing room to work out a long-termsolution, SoCalGas modified its original restructuring proposal forthe Sept. 9 resumption of settlement negotiations. The majorchanges SoCal made include the elimination of so-called “windowing”of various receipt points along its intrastate transmissionnetwork, keeping monthly balancing as opposed to the proposal toswitch to daily balancing (except under OFO conditions), and theuse of operational flow orders (OFOs) when the system gets too farout of balance as are used on the Pacific Gas and Electric Co.intrastate gas transmission system in the north.

The utility distributed its revised proposal to all partiesbefore the Labor Day weekend. The action followed the Sept. 1decision by state regulators to extend until Oct. 27 the deadlinefor achieving an all-party settlement or providing tangibleevidence of a settlement being achievable.

California regulators have been strongly encouraging SoCalGasand PG&E’s gas utility to work out an all-encompassingsettlement that will provide a market solution to the remainingunbundling of California’s gas business, particularly focusing ontransmission and storage operations. Without a market solution, theCalifornia Public Utilities Commission is set to conduct a seriesof evidentiary administrative law hearings early next year. 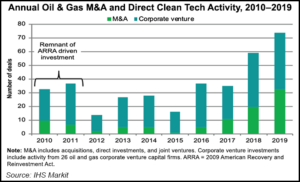