The Mexican government of President AndrÃ©s Manuel LÃ³pez Obrador faces a major political, social and technical challenge in developing what is known as the Inter-Oceanic Corridor of the Isthmus of Tehuantepec, which would connect the Atlantic and Pacific coasts and include a natural gas pipeline and a potential liquefied natural gas (LNG) export facility. 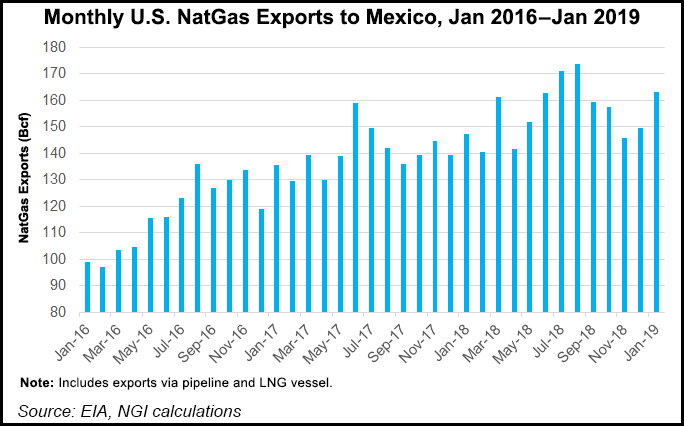 At 124 kilometers (77 miles), the isthmus is the shortest point in North America between the Gulf of Mexico and the Pacific Ocean. The project, whose history dates back decades as a Panama Canal alternative, could well see the light of day given that the new administration sees it as a key infrastructure initiative and it’s a mission that combines not only economic but social goals.

Tehuantepec is no stranger to social conflicts. About a quarter of the population is of ethnic indigenous origin and poverty is widespread. Radical protest movements have scared away several business ventures and the region remains one of Mexico’s most underdeveloped.

With that as the backdrop, the Inter-Oceanic Corridor aims to effect a radical social and economic change through infrastructure modernization, turning the region into a logistics hub. The transport project to straddle the isthmus and connect the deepwater ports of Coatzacoalcos and Salina Cruz is expected to include port upgrades, a railroad, highways and serve as a dry canal, with a natural gas pipeline that would fuel industrial development.

The gas pipeline would run from JÃ¡ltipan in Veracruz to Salina Cruz, a distance of 247 kilometers (153 miles), with a 36-inch diameter pipeline to replace a smaller system. Investment is calculated by the finance ministry at $670 million.

In addition, plans are in place for an LNG facility at Salina Cruz, with a view to exporting gas to Asian and Central American markets.

“The LNG plant is conceived as being a possible private-sector initiative in what will be a largely state-owned project, in which the gas will be provided by the ComisiÃ³n Federal de Electricidad,” or CFE, the state power utility, Caraiva y Asociados partner Ramses Pech told NGI’s MGPI.

Unlike the current plan, which foresees gas being transported from Texas along the 2.6 Bcf/d Sur de Texas-Tuxpan marine gas pipeline, Lozoya’s scheme was based on Pemex deepwater gas discovery Lakach. The Lakach project, however, was aborted as a result of costs that were much higher than those of imports from the United States.

However, Pech said given Asian gas demand, LNG exports could prove to be profitable with “the window of opportunity wide open right now for gas from the U.S. given the abundance of supply there.” Lakach, he said, is not a current option.

Indeed, in recent weeks there has been a renewed push for LNG exports from Mexico’s Pacific Coast, given the abundance of cheap gas from the United States, including Sempra Energy’s EnergÃ­a Costa Azul project in Baja California and Mexico Pacific Limited LLC’s liquefaction project on the Gulf of California in Sonora state, both of which have U.S. Department of Energy approval to export globally.