The natural gas market is rapidly evolving, bringing with it a more complex set of variables for traditional buyers like local distribution companies (LDC) and industrial users to consider. That seemed to be the consensus opinion of the Gas Buyers’ Panel at last week’s LDC Gas Forums Southeast, held in Atlanta. 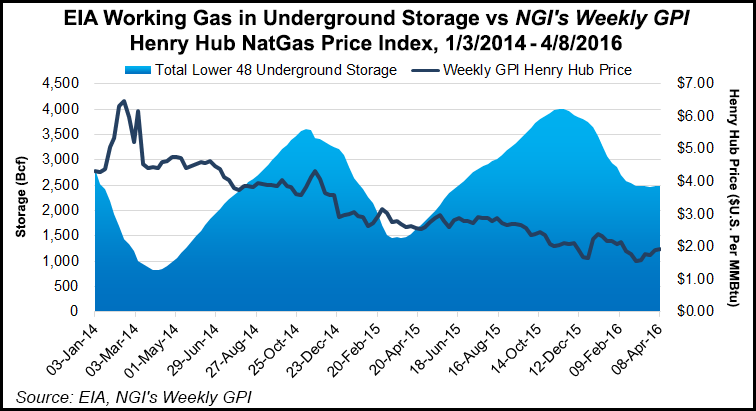 The four-person panel discussed many of the new variables impacting the natural gas outlook — including coal-to-gas switching among power plants, infrastructure constraints and liquefied natural gas (LNG) exports, among other things — and how this is shaping the way they approach the market as consumers.

Assuming temperatures are high this summer and gas prices stay low, power burn is poised to continue increasing in the short-term, according to Tim Sherwood, vice president of gas buying operations for AGL Resources. In the long-term, power burn should grow as more gas-fired plants come online, though it could potentially “grow at a little slower pace” in instances where pipeline projects designed to feed new power plants see delays, he said.

Jerry Grzybowski, director of energy hedging and accounting for Evonik Corp. in North America, said he expects coal-to-gas switching and power burn to bring “more volatility and movement” to the market.

“With a few of the power plants converting from coal to gas, we feel there’s going to be some significant constraints…With the amount of gas that’s consumed by power plants during some of those peaking times, we’re very concerned that the gas isn’t going to be there,” he said, adding that this has led him to purchase more firm transportation.

The panel members discussed what impact the slew of proposed pipeline projects could have on basis differentials moving forward.

The long-term increasing takeaway capacity from producing regions will shrink basis differentials, Mitchell said. “The real question is how long it’s going to take for these pipeline projects to go into service.”

Sherwood said “by definition, you’re going to see a reduction in the basis between certain consumption points” and producing areas as more pipeline projects come online. But even as new capacity comes online, the market could still end up thrown off balance by the potential output from the Appalachian Basin, Sherwood said.

“We’ve been really great at underestimating how much gas can be produced in the Marcellus and Utica,” he said. “I’m not going to pretend like I have a better idea of what can be produced there. My point being is that even when a lot of projects go online, if production ramps up some substantial amount, you could still wind up seeing a significant amount of basis differential, potentially. But generally speaking, I think it’s going to compress more than it would otherwise.”

Meanwhile, the panel members agreed that, coming off a mild winter, storage is likely to surpass 4 Tcf this injection season — potentially filling up completely.

Storage capacity “will be under tremendous pressure this summer,” Mitchell said. “We have very high levels in the ground now, and essentially storage can only go up maybe another 1.8 Tcf. We could stretch it to 2 Tcf. And last time we saw that low an amount” of available storage was in 2012. Since that time “there’s been an additional 10 Bcf/d being produced. Where is that gas going to go?

“I think there’s a good chance some time in August we’re going to see full storage, and we’ll see what the reaction is going to be.”

“I see no reason to think we’re not going to wind up with 4 Tcf-plus in storage from where we’re at. Depending on how early in the injection season that occurs, then you might see the potential of a real digression on gas prices if you get a full storage and still lots of supply coming into the market, but I guess time will tell on that.”

For his part, Grzybowski said the expectation of a 4 Tcf storage figure this injection season is already reflected in current pricing. “There’s no one, really, that is not expecting for us to hit that level,” so “no matter what happens to the number,” whether it’s a little higher or a little lower, the impact on prices will probably be limited, he said.

As for when storage arbitrage might make a comeback, gas-electric harmonization is likely to fundamentally change how storage is valued moving forward, according to Sherwood.

“As the market continues to evolve around how we serve electric generation, the physical needs of the system to serve that kind of load are meaningfully different than the traditional kind of loads that the gas system has served,” he said. With electric generation bringing hourly changes in demand compared to the daily cycles in the gas market, “storage again plays an important factor in helping to bridge that physical operating gap.

“I’m not sure we’re going to see the return to the [$1.20 spreads] that we saw a few years ago, but it’ll be there from time to time based on certain weather patterns and electrical usage in the summer,” Henderson said.

The gas buyers also weighed in on they see LNG exports changing the market.

Sherwood said he’s seen forecasts of 6-10 Bcf/d of LNG exports as projects come online over the next few years. Low prices should “certainly push us more towards the higher end of that range,” he said, adding that he doesn’t think “it’s going to have much of an impact on the market price of gas” in the United States.

“There’s just so much potential production out there. You hear about how much production has been ratcheted down. The reality is, to get that production ratcheted back up really doesn’t take that much,” Sherwood said.

Henderson said he expects exports to Mexico to have a bigger impact on the market than LNG.

Grzybowski offered a different take, saying LNG has “the potential to really change the supply/demand imbalance that currently is favoring shale supply keeping prices down, because the big issue, a big concern for me is, what will the LNG export world look like in a few years? Is it going to be 10 Bcf/d? Is it going to be 15-20 Bcf/d?”

He added, “Until we really know over the next two to five years what exports really end up being, I’m [going to be] a little more conservative in thinking it could have more of an impact on pricing.”

Still, even as variables surrounding LNG export volumes have some anticipating more volatility in the market, Sherwood said he could envision LNG terminals helping to ease supply disruptions in certain situations.

“People talk about, and I understand the logic behind it, that LNG exports might add to volatility, but in a way, if you think about it, to some extent they could be a mitigating factor with volatility. Sometimes, particularly the kind of volatility … caused by a short-term dent associated with a constraint,” Sherwood said. “If you’ve got a lot of LNG coming down” to a nearby terminal for export, “the ability to defer that gas for a day or two for another use and not impact…future export market needs could actually result in there being some supply liquidity in an area where there wouldn’t otherwise be.”