The Inflation Reduction Act of 2022 (IRA) and a related promise for energy permitting reform may have improved the outlook for natural gas infrastructure, according to industry stakeholders. 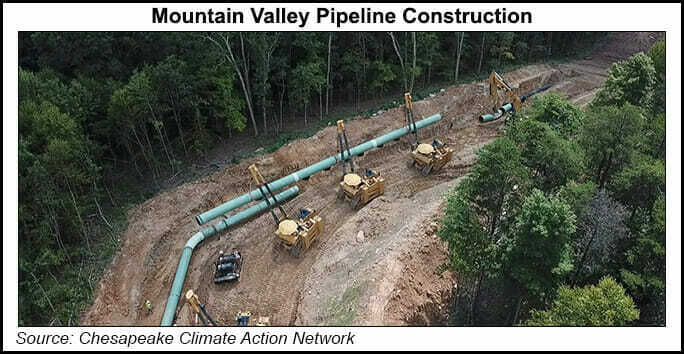 Speakers at LDC Forums’ Mid-Continent Forum in Chicago were under no illusions about the continued challenges facing newbuild projects, especially interstate pipelines. However, recent events have offered a glimmer of hope.

He also noted a commitment by Democratic leadership to take up separate legislation to streamline energy permitting this year, part of a side deal to secure Sen. Joe Manchin’s (D-WV) vote in favor of the IRA.

“I understand that many of you are probably skeptical, as I am too,” Straquadine told the gathering. Nonetheless, he said he considers the IRA’s passage a positive development.

“On its face, [the IRA] doesn’t do a whole lot for our industry, and arguably there are some harmful provisions,” Straquadine said. “But it does keep fossil fuels in the energy mix, and it has jump-started the conversation on energy infrastructure permitting.”

That conversation has grown contentious in recent days. Manchin and Senate Majority Leader Chuck Schumer (D-NY) are seeking to include the permitting reforms – including the approval of Mountain Valley Pipeline LLC’s long-delayed natural gas conduit out of Appalachia – in an emergency government funding bill that would require 60 votes to prevent a filibuster.

However, some Republicans and progressive Democrats oppose the reforms, albeit for different reasons. Republican senators led by Shelley Moore Capito of West Virginia and Kevin Cramer of North Dakota also introduced a permitting bill of their own, although it so far only has Republican support.

Natural Gas ‘Part of the Discussion’

As for the IRA, Straquadine cited the bill’s expansion and extension of tax credits for carbon capture, storage and utilization, and the creation of a new production tax credit for low-carbon hydrogen, as positives for the industry.

He also noted the bill’s requirement that lease sales for offshore wind projects be accompanied by offshore oil and gas lease sales.

Straquadine said that while the bill includes a fee on fugitive methane emissions, which the gas industry had lobbied against, the fee’s structure has been significantly revised since it was originally proposed under the House-passed Build Back Better bill. “It’s been improved to the point that very likely, few transmission pipeline companies will be impacted or even pay a fee.” On the other hand, the Environmental Protection Agency (EPA) is in the process of strengthening oil and gas methane restrictions through a proposed rule change under the Clean Air Act, he noted.

Straquadine also cited about $80 million embedded into the IRA to expedite the permitting process for energy projects. “Now yes, much of that may be toward renewables, but we think that natural gas infrastructure will be part of that discussion as well.”

BP is targeting a 10% market share in “the core hydrogen markets” by 2030, Aufmuth told the forum.

Southern Company’s Christa Markgraff, vice president of gas operations, highlighted the bill’s funding for low-income energy assistance to offset the cost of energy bills, as well as weatherization of homes.

However, “I think there’s more to be done in terms of infrastructure,” Markgraff told NGI.

She said the industry must educate policymakers about the importance of natural gas production and takeaway infrastructure in order to keep prices down and ensure energy security.

As for reducing emissions, “it’s really about educating folks on the superior qualities of chemical energy carriers, and the fact that they’re worth it to decarbonize.”

Markgraff said she expects to see more federal funding for chemical energy carriers such as hydrogen in the fight against climate change.