Independent exploration and development (E&D) company Infinity Energy Resources Inc. plans to work with the University of Kansas (KU) to evaluate the prolific reserve potential for 11,000 contiguous acres of oil and gas properties in the Central Kansas Uplift. 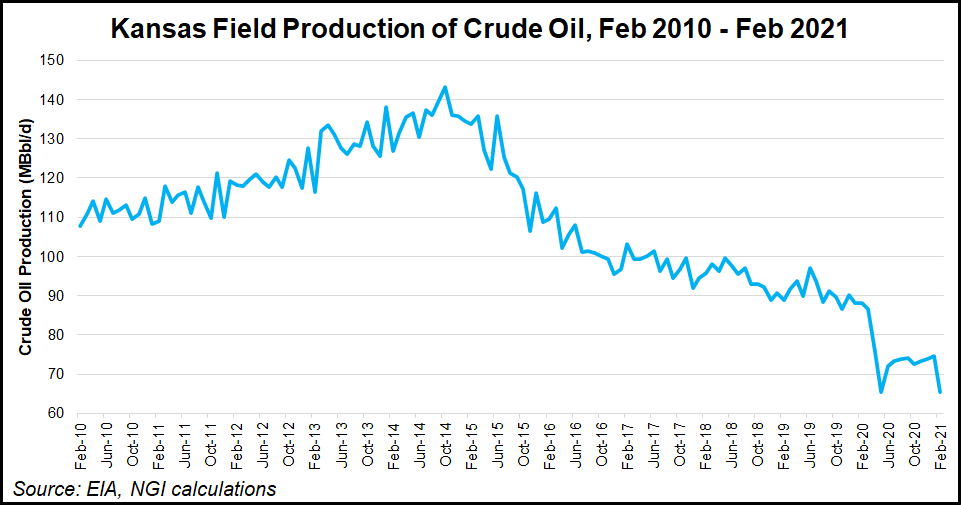 Under the university’s Tertiary Oil Recovery Program (TORP), Infinity would help evaluate the potential resources and use of enhanced recovery methods on the Reagan Sand Zone, part of its acquired properties.

“This project makes us even more focused on our main mission of serving the independent oil and gas operators of Kansas and the region to improve their production from a long list of mature oil fields,” said TORP director Reza Barati. “TORP, with more than 5,000 square feet of lab facilities and staff who are experienced working on reservoir characterization/simulation projects, is well equipped to support Infinity with their needs to evaluate potential reserves and the use of enhanced recovery methods.”

Existing data indicates the Reagan zone has produced around 16 million bbl of oil, with cumulative natural gas production of 180 Bcf. The Central Kansas Uplift, which borders the Anadarko Basin is composed of limestone, shale and sandstone. The Reagan formation is about half a mile below the Otis/Albert field.

Infinity’s Kansas leasehold in Rush and Barton counties, produced a cumulative 125.2 Mcf of natural gas in 2020.

TORP would provide Infinity with reservoir evaluations and assistance with enhanced secondary recovery methods, according to Infinity COO John Loeffelbein. TORP plans to examine both current and new engineering methods of estimated ultimate recoveries through modeling and experiments.

The Energy Information Administration recently projected that production from the Anadarko, Appalachia and Permian basins, as well as the Bakken, Eagle Ford, Haynesville and Niobrara formations, will be a combined 83.571 Bcf/d in June, a decline of 53 MMcf/d from May. Gas production from the Anadarko in Oklahoma, which is near the Kansas Central Uplift, is expected to decline by 50 MMcf/d month/month.