Inergy Midstream LP announced Monday that it plans to purchase Rangeland Energy LLC — which owns and operates the Colt crude oil rail terminal, storage and pipeline facilities near Epping, ND, in the Bakken and Three Forks shale — in a cash and stock deal valued at $425 million. 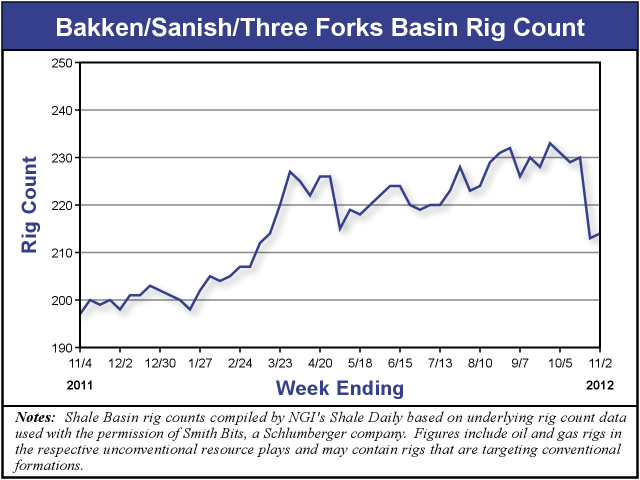 Collectively known as the Colt Hub, Rangeland’s facilities are the largest open-access crude oil distribution hub in North Dakota, serving producers, refiners and marketers. Storage facilities at the Colt Hub can hold 720,000 barrels of crude oil. Coupled with two 8,700-foot rail loops, the hub can accommodate 120-car unit trains and is capable of moving more than 120,000 b/d by rail via the BNSF Railway Co.

At the Colt Hub, customers are also able to source product through an eight-bay truck unloading rack and the Colt Connecter, a 21-mile, 10-inch diameter bi-directional pipeline that links to the Enbridge and Tesoro pipeline systems at Rangeland’s Dry Fork Terminal near Tioga, ND (see Shale Daily, June 12). A link to the Banner Pipeline and a proposed connection to Bear Tracker Energy LLC’s gathering system are also in the mix.

Inergy said it expects about 90% of Colt Hub’s revenue to come from “take or pay” contracts averaging 3.9 years in tenor with credit-worthy counterparties. The Kansas City, MO-based company said the contracts would “underpin a growing and stable cash flow stream that is expected to be immediately accretive to distribute cash flow per common unit.”

Inergy added that the acquisition of the Colt Hub expands the company’s shale-focused portfolio as well as its refinery and producer-services businesses. “Additionally, the Colt Hub has a first-mover advantage in the Bakken and should lead to incremental crude oil and [natural gas liquids] investments,” the company said.

To finance the deal, Inergy has agreed to sell $225 million shares of common stock and has obtained committed unsecured debt financing from Citigroup Global Markets Inc. and J.P. Morgan. The transaction is expected to close in early December, subject to regulatory approval under the Hart-Scott-Rodino Act and other customary closing conditions.

The Bakken/Sanish/Three Forks play is one of the fastest growing unconventional plays in the United States. According to NGI‘s Shale Daily Unconventional Rig Count, there were 214 rigs actively drilling for oil and natural gas in the play for the week ending Nov. 2, which is one rig more than the week before. The latest rig count is also 9% higher than a year ago, when 197 rigs were operating in the play.

According to Rangeland, the first unit train loaded with crude oil left the Colt Hub on June 5. At the time, the hub’s owner said it expected storage capacity to expand as crude oil production in the Bakken increases.