Switzerland-based INEOS Group Ltd. said Tuesday that a long-shuttered manufacturing unit at its massive ethane cracker in Scotland was back online ahead of U.S. shale gas deliveries that are expected to arrive there this fall. 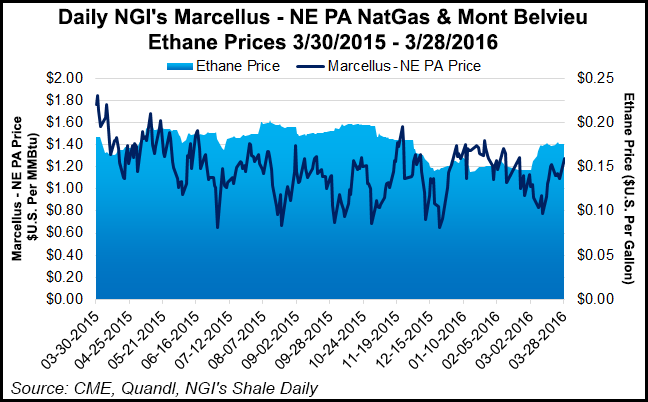 Train No. 2 at the company’s Grangemouth cracker was closed in 2008 due to a lack of feedstock, but INEOS said Tuesday that it had completed “rigorous recommissioning trials” on the unit, which is now prepared to accept ethane from the Appalachian Basin later this year. The unit is one of two at the site with capacity to manufacture 700,000 tonnes/year of ethylene, a key building block for plastics.

“We are now in great shape to receive shale gas from the [United States] and finally run the Grangemouth plant at full rate,” said Operations Director Gordon Milne. “When U.S. shale gas finally arrives here in the autumn, this plant will move into the premier league of European petrochemical plants. Bringing the site back into profitability is the best way to secure our future here in Scotland.”

The announcement is the latest for INEOS’ $2 billion investment to bring shale gas to Europe. Last week, the company confirmed that the first ever shipment of U.S. shale gas arrived in Europe. The JS INEOS Intrepid arrived at the company’s Rafnes ethane cracker in Norway on March 23 to deliver 173,000 bbl of ethane from the Marcellus Shale. It had set sail from Sunoco Logistics Partners LP’s Marcus Hook Industrial Complex near Philadelphia, 3,800 miles away (see Shale Daily, March 10).

INEOS has expanded both the Rafnes and Grangemouth sites to provide more ethane storage to feed those plants and better handle receipt of the specially designed ships it has chartered to carry the Appalachian ethane (see Shale Daily, June 17, 2015). INEOS officials have hailed the arrival of ethane on the continent as a way to revitalize the manufacturing base there.

U.S. ethane, the company said, would serve as supplementary feedstock to dwindling supplies from North Sea natural gas fields. The ethane is being shipped to Marcus Hook on Sunoco’s Mariner East (ME) 1 pipeline, which became fully operational in February (see Shale Daily, Feb. 26). Exports are expected to grow as Sunoco is still developing the ME 2 pipeline, which would transport ethane, butane and propane from processing and fractionation complexes in Eastern Ohio, Western Pennsylvania and West Virginia to Marcus Hook. Sunoco is also currently holding an open season for a third ME pipeline (see Shale Daily, Sept. 14, 2015).

Range Resources Corp. and Consol Energy Inc. publicly acknowledged that they had produced most of the first ethane shipment. Antero Resources Corp. has also said that it would gain access to international markets on ME in 2017.

A new import terminal at Grangemouth, INEOS said, would also benefit ExxonMobil Chemical’s Fife Ethylene Plant in Scotland. That facility has agreed to a long-term sale and purchase agreement for ethane beginning in 2017.