The fire that occurred early this month on Mariner Energy Inc.’s offshore production platform won’t impact the drilling moratorium timeline, but how officials respond to the incident will be different than in the past, the chief of the Bureau of Ocean Energy Management, Regulation and Enforcement (BOEM) said last week.

Michael Bromwich told a Houston audience last Tuesday that BOEM quickly launched an investigation into the Mariner incident (see NGI, Sept. 6). Similar incidents have taken eight to 12 months to investigate, but this investigation will be “much quicker,” Bromwich promised.

“It reminds us of the risks of all offshore operations, not just drilling,” he said at the forum, the sixth of eight panels being held nationwide to consider offshore drilling safety issues. The Joint Industry Oil Spill Preparedness and Response Task Force and the Joint Industry Subsea Well Control and Containment Task Force presented their findings during the fact finding forum.

The task forces are comprised of members from industry trade groups including the National Ocean Industries Association (NOIA), the American Petroleum Institute (API), the United States Oil and Gas Association, the Independent Petroleum Association of America and the International Association of Drilling Contractors.

Bromwich is to report his findings from the hearings to Interior Secretary Kenneth Salazar by Oct. 31, but the BOEM chief told the crowd that he’d been “strongly encouraged” to issue his findings sooner. Salazar is to rule on whether to lift the drilling moratorium before Nov. 30 or to continue it beyond that date.

Bromwich declined to offer his opinion about whether the deepwater drilling moratorium would be lifted early. However, he noted that BP plc has provided extensive data regarding its response to the April 20 Deepwater Horizon oil spill and separately, industry has provided studies and information to help government regulators (see related story).

Gary Luquette, president of Chevron Corp.’s North America Exploration and Production arm, said at the forum that the oil and gas industry is ready to get back to work in the Gulf of Mexico (GOM) after learning some difficult lessons. Representing API’s Upstream Committee, Luquette urged the Interior Department agency to lift the drilling ban.

“We have identified the gaps and have been responsive to the gaps,” said Luquette. The industry, he noted, has made improvements to ensure there are no incidents like the recent deepwater tragedy. The drilling moratorium has been “very damaging” for the energy industry and extending a ban would force rig operators to abandon the GOM and ultimately increase costs of operations, he added.

“The offshore energy industry has stepped up to the plate in response to the Deepwater Horizon tragedy,” said NOIA President Randall Luthi, who until earlier this year directed the former Minerals Management Service. “This report is an indication of the tremendous effort and cooperation among industry and their trade organizations in response to the accident. It shines a light on the path forward but it is not the end of the journey. Continued study, evaluation and financial resources are part of the recommendations.”

Oceaneering International CEO Jay Collins, a former NOIA chairman, co-chaired the joint industry oil spill task force with Keith Robson, who manages Corporate Safety, Security and Emergency Preparedness for Marathon Oil Co. The preliminary findings by their 60-member task force found that the use of dispersants “proved to be a major tool in preventing oil from reaching shore, and the task force recommends more education concerning the use of dispersants, and continued research and development to improve and target the use of dispersants.”

“Response plans in place at the time of the Macondo well accident received a great deal of attention by the press and Congress. The task force found that, in order to meet federal requirements, industry response plans were often very similar. Recommendations include additional information in response plans to address worst case discharges, better identification and use of potential available resources and additional training and availability of specifically trained personnel in spill response management.”

The reports are available at www.noia.org.

Luthi said the reports’ significance should not be overshadowed by the Mariner Energy incident.

“Critics of offshore energy production are attempting to use this fire to stoke unreasonable and unfounded fears of environmental and worker safety,” Luthi said. “Unfortunately, industrial accidents happen. Whether big or small, it is important to thoroughly investigate each accident and take corrective actions, including disciplinary actions, if warranted.”

The deepwater drilling moratorium “and the undeniable de facto moratorium in shallow waters are costing thousands of American jobs, and will create grave and permanent harm to workers and businesses if either is allowed to continue,” said Rep. Kevin Brady (R-TX), the senior House Republican on the Joint Economic Committee. He urged Bromwich to restore “responsible, timely permitting” for shallow water drilling and to immediately end the deepwater moratorium.

“Let our workers return to work and allow our businesses to again safely explore for and produce affordable energy for American families and companies,” said Brady. “It’s unacceptable that the Obama administration reinstated the drilling moratorium after the federal courts had struck it down, especially in the wake of revelations that the White House knew in advance it would force over 23,000 American energy workers out of their jobs and into the unemployment line.

“I find it equally troubling that President Obama has refused to accept an official congressional invitation to travel to Houston to meet face-to-face with energy workers and businesses in Texas impacted by his moratorium,” he said. “Don’t the jobs of our energy workers matter? What about the small and independent businesses that will not survive the shallow and deep water moratoriums…isn’t anyone in the White House listening to them?” 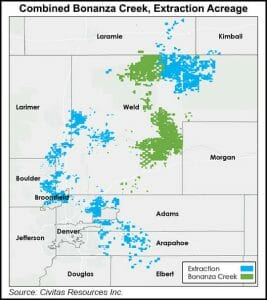